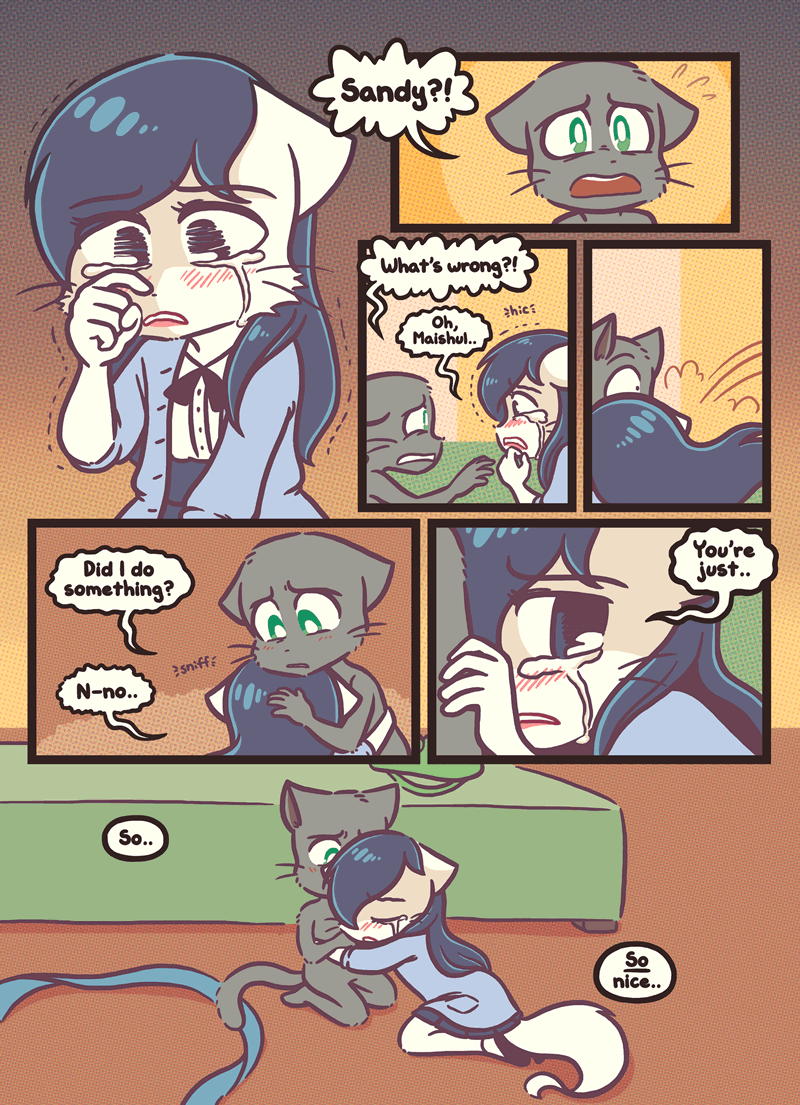 POOR MAISHUL IS GONNA GET SO HURT

Deep down she probably realizes how much of a bitch she’s being. With the lack of communication and her attitude against his boyishness. I’m pretty sure she had seen all those phone calls, the night after his dream, and thought of it as an annoyance, rather then concerned. Hell, she probably seen him as something that was holding her back from enjoying her life as a model. However, after hanging with him and enjoying most of their date and time with, she’s realized just how much she needs him and missed him and realized that the loneliness was never gone.
Or
She wishes she could love him like he obviously loves her, and it’s killing her that she can’t feel the same. Cause she knows he’d be wonderful to her. I’ve been in that situation, having to break up with a totally nice/good guy because I didn’t love him, and didn’t want to keep him from finding happiness with someone who could love him back.

Daaww. I hope this works out for them. Its so nice to see Sandy’s sincere side