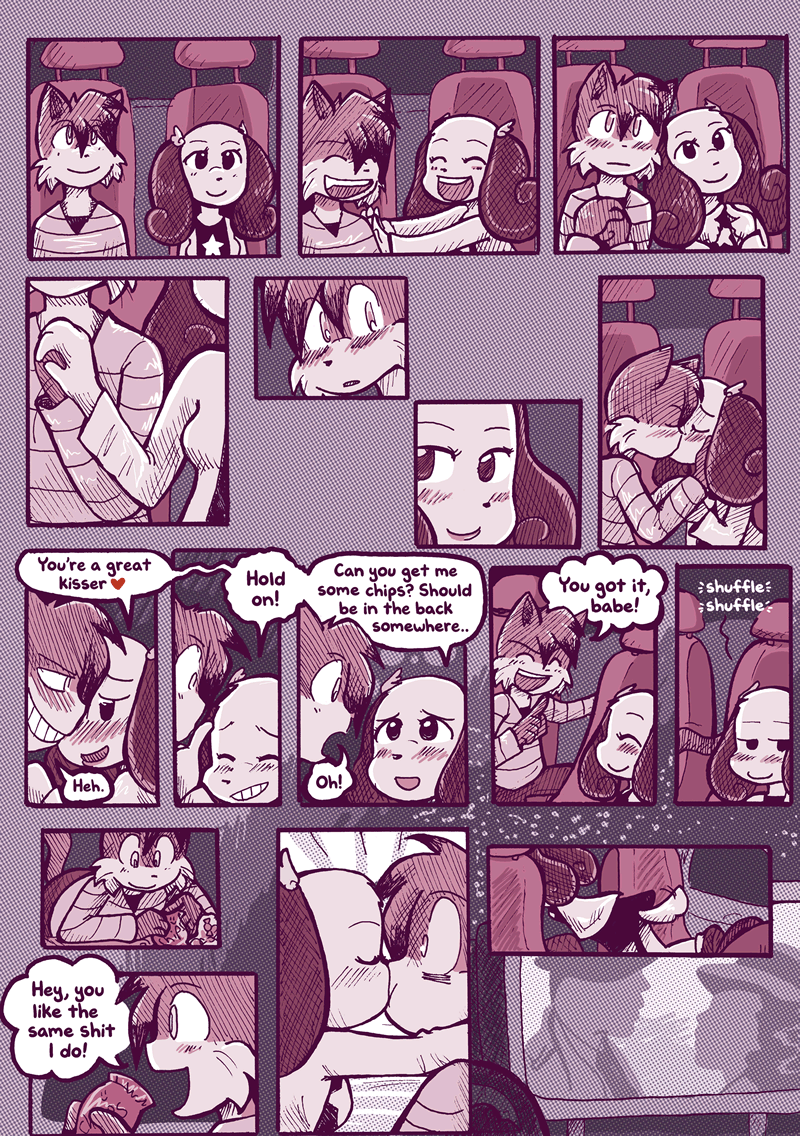 JESUS COULD YOU BE A LITTLE MORE POLITE, THE GUY WAS MID-SENTENCE FOR CHRISTSAKES!!

They have the same taste in junk food, truly they are meant to be.

@Lariat Yeah, I know girls that are like that. Most situations I think it’s kinda skeezy, not unrealistic.

In this context, it’s understandable. She has liked him for a while, can’t get pregnant, and cats and dogs do not have many communicable diseases. On top of that, it’s not just an empty drive-in movie, it’s an empty drive-in classy movie. Which is actually a pretty neat (I wouldn’t do it there if it were the first time with a partner, but I’m picky.) And she’s doing it on the first date, which follows a pattern of ill behaviour on the part of the cheerleaders. Paulo does not have money, is socially clueless, and has no plans or ideas for the dates at all. It puts the girls in a poor light standards wise.

I also recognize that the plot does need to advance, and showing the relationships forming over the course of several strips would waste a few comics and soften paulo’s thoughtless playboy image. If the girls need to be shown as more conscientious it can be emphasized later on anyway. But they’ll already have cat herpes by then and it’ll be too late, won’t it?

Paulo is sorta reminding me of Makoto from School Days right now, kinda, only less extreme. Ok, well, not that much, just sorta showing a bit in him now. I could be wrong. Let’s just hope nobody goes ax crazy.