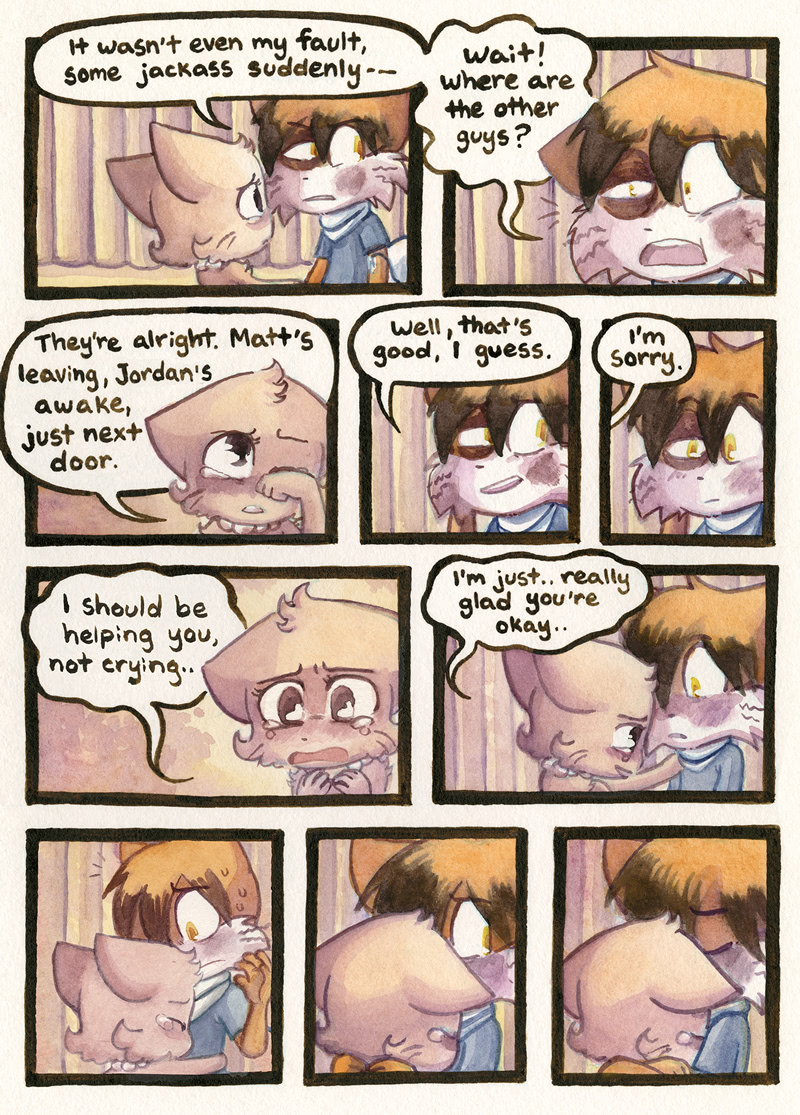 i love how hes actually concerned about the others, like he could be focusing about himself but he immediately asks about them

Oh, poor Paulo. ;^; It’s okay, you’re allowed to hug one of your best friends! Daisy cares a great deal abou you. And I know you care a great deal about her. Daisy has no romantic interest in Paulo, guys. They’re like siblings. Close, but not romantically close. I assume Paulo was hesitant because of Abby’s kind of conditioning of him, that if he looks like he’s potentially doing anything inappropriate or wrong to Daisy, or even being to close to her in general, makes Abby exceedingly jealous. It also doesn’t help that he doesn’t regularly hug Daisy (not nearly enough in my opinion as well but y’know—). For him to be midly hesitant is unfortunate but a natural reaction given the situation.

I’m really glad he is hugging her back right now. He really needs the love and comfort of a friend. I would also like to see his Dad’s reaction to him being awake. @_@ I hope that happens. I like parental interaction— And I especially like Paulo’s father~