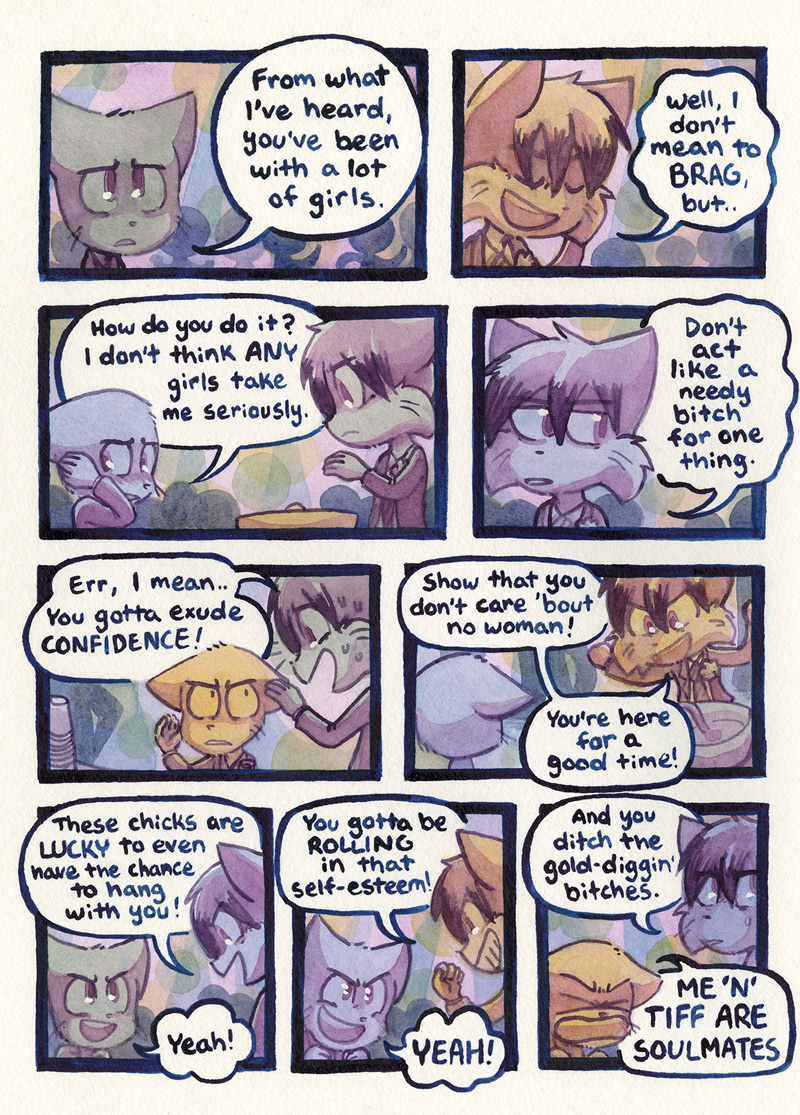 I like the contradiction this page illustrations about relationships between men and women that Western societies often adhere to.

Thinking about women, most guys think they want someone who is real tender, sweet, and caring. Yet most guys who think like this often don’t get into many relationships with women, because in truth the woman really wants someone who is a pusher and gets above their tender feelings.

Women in general are attracted to men who, as Paulo showed, show no real attraction or weakness for women. Men who are confident about themselves, show no real signs of attachment, and isn’t a tough nut to crack, but isn’t all wishy-washy.

Because the truth is, most women want to form an attachment to the man, not the other way around, which in a sense is kind of ironic. In a way it makes sense, since there is a long-standing traditional, as in stereotypical view, that men go out to get the “food”, while the woman stays home knowing they are safely under the protection of a man getting that “food” for them.

As the world changes, these traditional understandings get called into question and people like to challenge it, but on a subconscious level, many still adhere to these traditions.

Drop the sweet act, Jordan. It’s apparently the girl’s job to that and not yours.

Hard to believe this guy’s a junior.

So what Paulo is saying, you have to be like “WOMAN I DONT CARE ‘BOUT YOU LET’S MAKE OUT”. Seems legit. xD