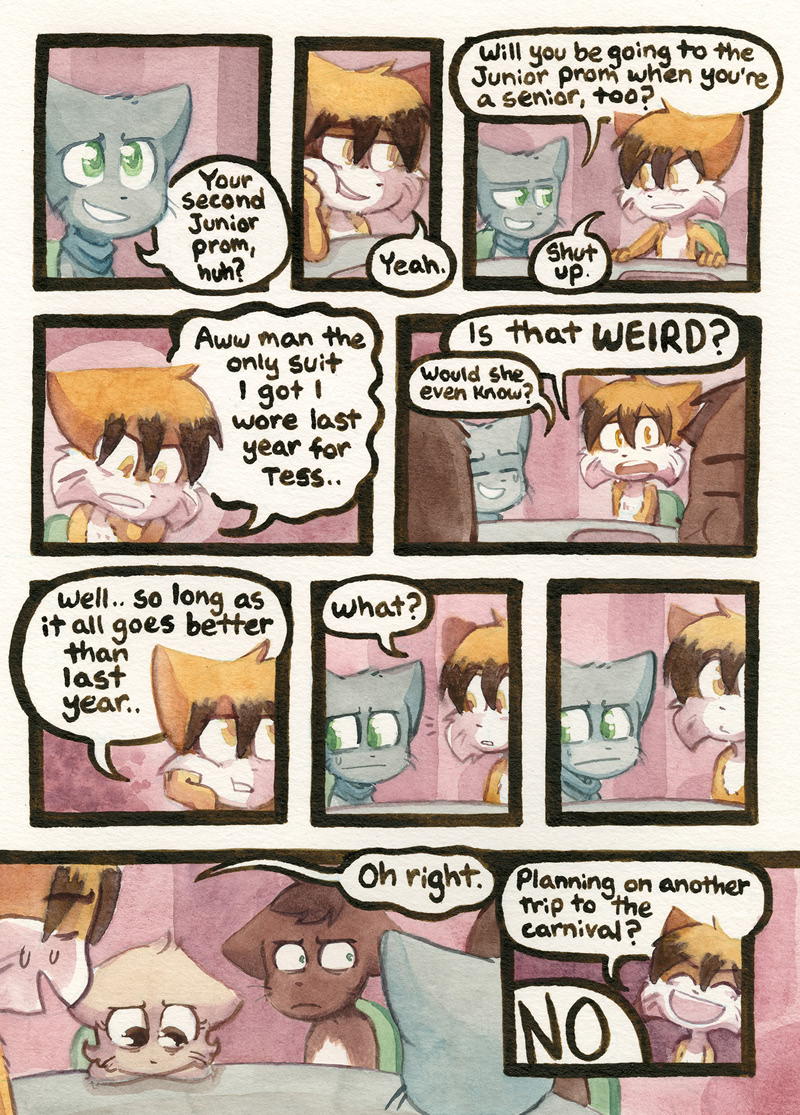 Veronica: Has it really been a year since all of that happened?

To all y’all oblivious:

Daisy went on a “date” with Mike while Paulo was at the prom with Tess. Daisy kinda pushed herself onto Mike a lot (before being with Abbey). She was rejected and ran off crying, until she eventually came across Augustus, who then tried to make a slightly aggressive move on Daisy (although I highly doubt he would have raped her). At that point, Abbey came to her “rescue” (again, I see Augustus as a bit pushy but not a rapist as I doubt he would have gone farther than she was willing to go). There was a bit of a conflict between Abbey and Augustus, where he kept bringing up Abbey’s father, until Daisy told him off and left with Abbey. Some odd weeks or months later, Abbey and Daisy formed a romantic relationship.

Man, that was only a year ago for them? Wow, so much has happened in a year…