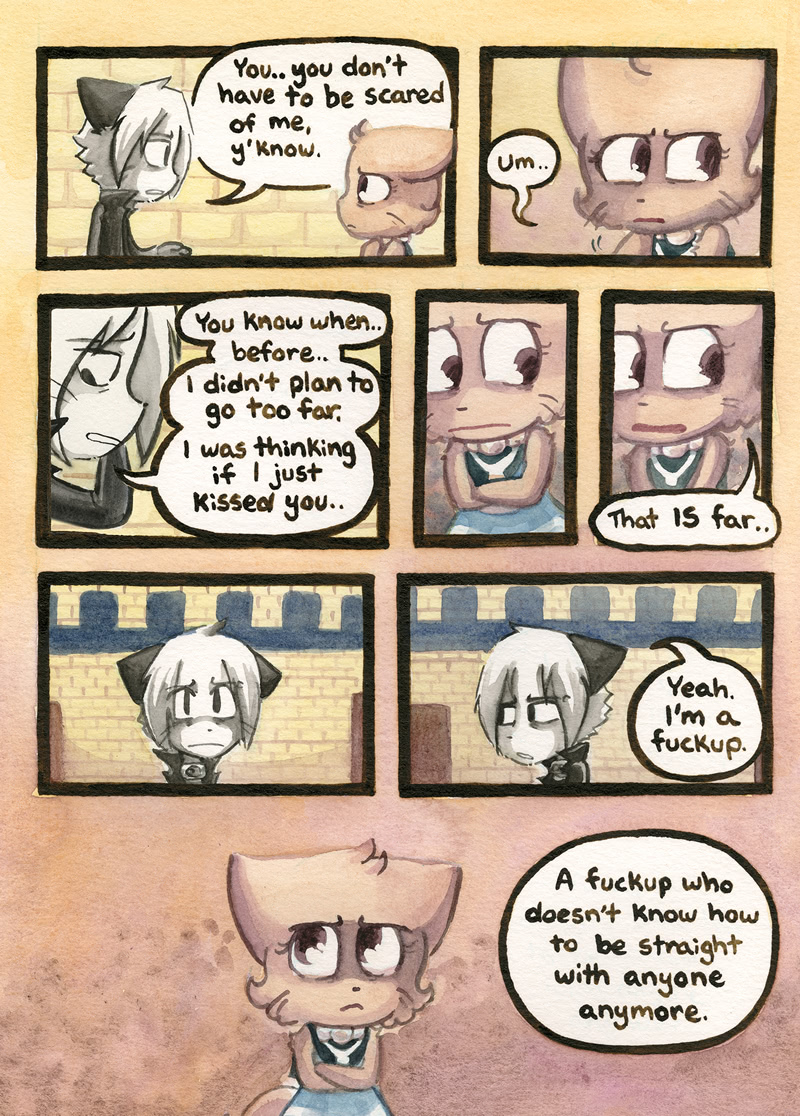 Veronica: get a load of this nerd

I didn’t know he swears. But by this time I can’t really blame him. He’s a complete mess. Maybe it’s just me but right now, and not even the new artstyle can hide it, but he looks so done. I mean, he seems so tired, his eyes don’t even react much, like he is not sleeping right. He already looked dead by inside since a long time, but now just seems he got way much worse.
Whatever is happening to him, is not pretty. Well he already has some sort of sob story that surpass anyone’s from the main cast in a HUGE extent, but seems now things are really terrible for his side. And we have no idea what’s about. One thing we have sure, his life sucks. The mystery gave hints enough to wonder how he gets strength to keep living.
He’s strong. But also extremely sensitive. And because of that he eventually will break. And that needs to happen soon.

this would actually be considered emotionally manipulative behavior and augustus is just kind of a creep in general. he can throw pity parties about it later all day long, doesnt excuse his behavior

Augustus isn’t a creep, not by far. He’s from a hard, rough background, has parents who aren’t stable or show much love at all. He has shit social skills and it’s not really his fault. A lot of people are this way and not by choice but just because and they have to deal with it however they can, yet others on the outside looking in think he’s a creep and doesn’t deserve happiness.

I say screw you. He’s horribly misunderstood. Daisy was the closest chance he had at finding some kind of happiness and he screwed it up unintentionally and now he suffers internally for it. He may not be a saint, but I feel for the guy.