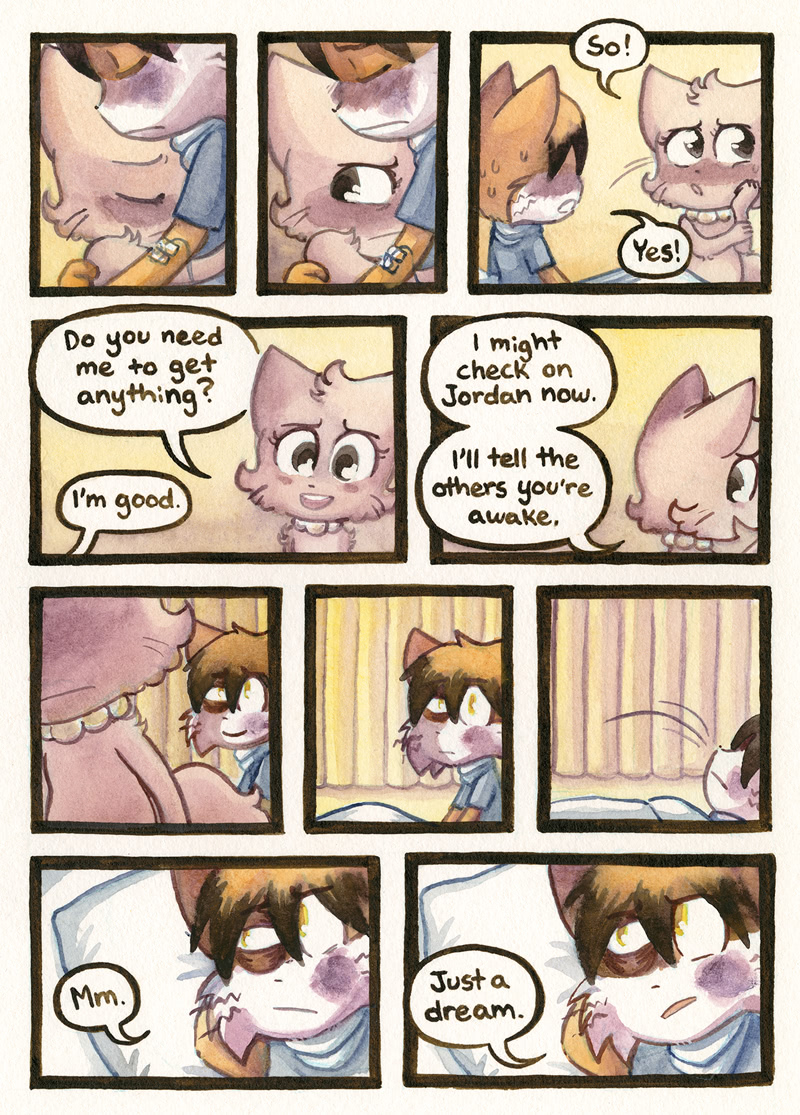 “My Daisy/Paulo shipping feels are tingling!” Said fangirl-me. However, the rest of my could only think “Uh-oh.”

Daisy looks so guilty. She must be thinking of how Abbey would feel seeing her like this. I’d bet she also realized what Paulo means to her. This happens a lot in fiction. When people are separated or almost separated, they realize just what they meant to each other. Or at least one of them does… And for Paulo, why must you invoke my rage towards dramatic irony? Alas, Lucy is still the loneliest character in the story… Or so we think… I wonder what her new school experiences are like?

I guess we tend to forget, because of the page by page updates making time in the comic drag on a little longer, but it’s only been about 3-4 months since Lucy has left the school. (She transferred in the beginning of January and it’s about April/May in the comic right now.) So it hasn’t been an exceptionally long amount of time for Paulo to simply “get over” her. I think it’s also the situation itself. Back in January Lucy pretty much evaporated from the school and group, without saying a word just when Paulo was getting up the courage to tell her how he felt. I mean, he though something was finally going to come out of it! (the make out session before the play in December, in his mind he pictured coming back to school after winter break and them being an item.) Jordan wouldn’t say anything specific about Lucy’s disappearance either, she just was … gone. If that was the case, if she left silently without a reason, I think Paulo would’ve probably been able to get over her and figure maybe she has some other guy at her new town/school and well… move on. Yet then at Rachel’s party the truth came out of Mike so Paulo has this “Damsel in Distress” view of Lucy at the moment (at least I think he does, the way he’s trying to learn to drive and save up money to try to find her.) So this gives him hope.