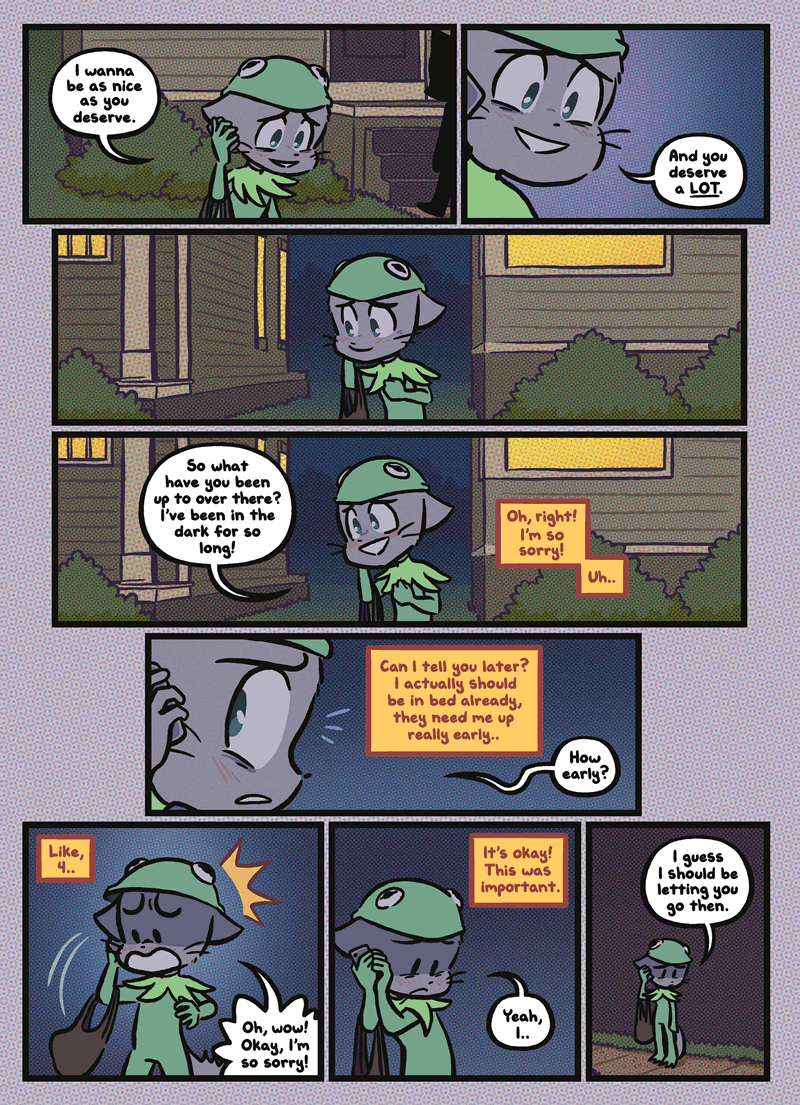 Oliver: Yeah, don’t be a bother, my guy.

So it isn’t that I think Sandy can hand 0 stress ever. But that I think she lacks general coping skills for new stressors. And in a job like Paulo’s, she would find a lot of those in one day. We have also seen in a previous chapter a long time ago that she bashed her locker or a wall due to stress so I would say she is likely good with particular stresses but is generally bad with it actually. People can be both good and bad at a thing depending on the circumstances after all. (2/2)-that’s completely fair! she likes being the center of things and that is NOT the case in retail. and you’re right, she definitely seems like the type to be good at handling some things & not others

Also re: Sandy’s nda doesn’t mean she can’t talk to Mike, well, there are abusive people in positions of power over teens who do this exact kinda thing when there’s something mega sketchy going on with it. In the YouTube community, a girl was groomed for years and the abuser attempted to have her sign an nda to basically never talk about it. When you’re young and have no legal recourse or knowledge, these aren’t things you tend to know are bs that can’t be enforced. That’s a huge reason there’s a million sirens going off in my head about this entire conversation.

“i can’t really talk to you about it right now” makes me SOOOOOO NERVOUS…..