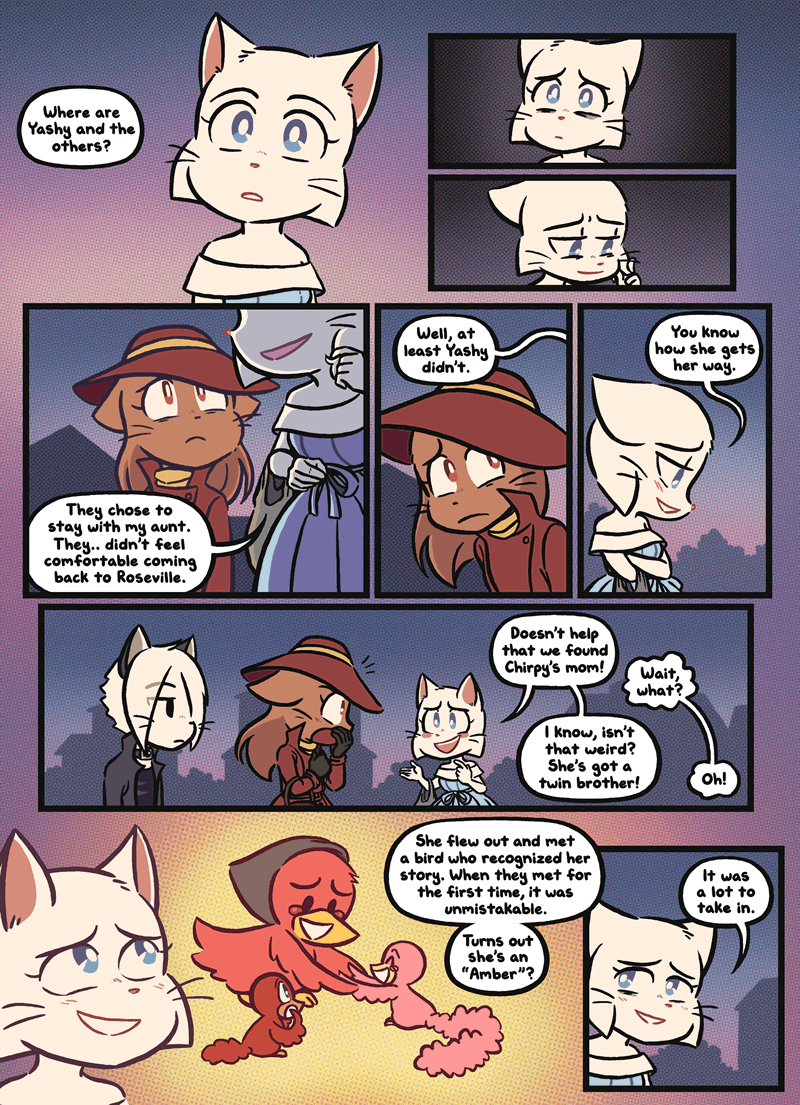 Veronica: It’s pretty mindblowing to get to a storyline I did in the original comics when I was 11-12, only this time it’s something that happened in the background. Chirpy never stuck around forever, or rather she became an irregular visitor to the group because she got reunited with her mother and brother eventually. SO MUCH ANCIENT CAT LORE.

Beauty is subjective.  They’re all queens.-Truth be told I think the majority of ‘who’s hot and who’s not’ originates from Paulo most of the time and when it comes down to it there really hasn’t been a person he hasn’t been attracted to in terms of looks, just personality. All the girls are attractive in some way, even Sue who Paulo does not get along with he saw as attractive but her tendency to come off as a bit of a ‘smart-brat’ was a turn off.Lucy is supposed to be considered glamorous by Mike and Paulo, but on Mike’s side of the fence he’s gotten her confused multiple times with Sandy, who’s supposed to be a textbook model.

that little girl dressed up as a fairy looks a LOT like the mikeXsue kid!!