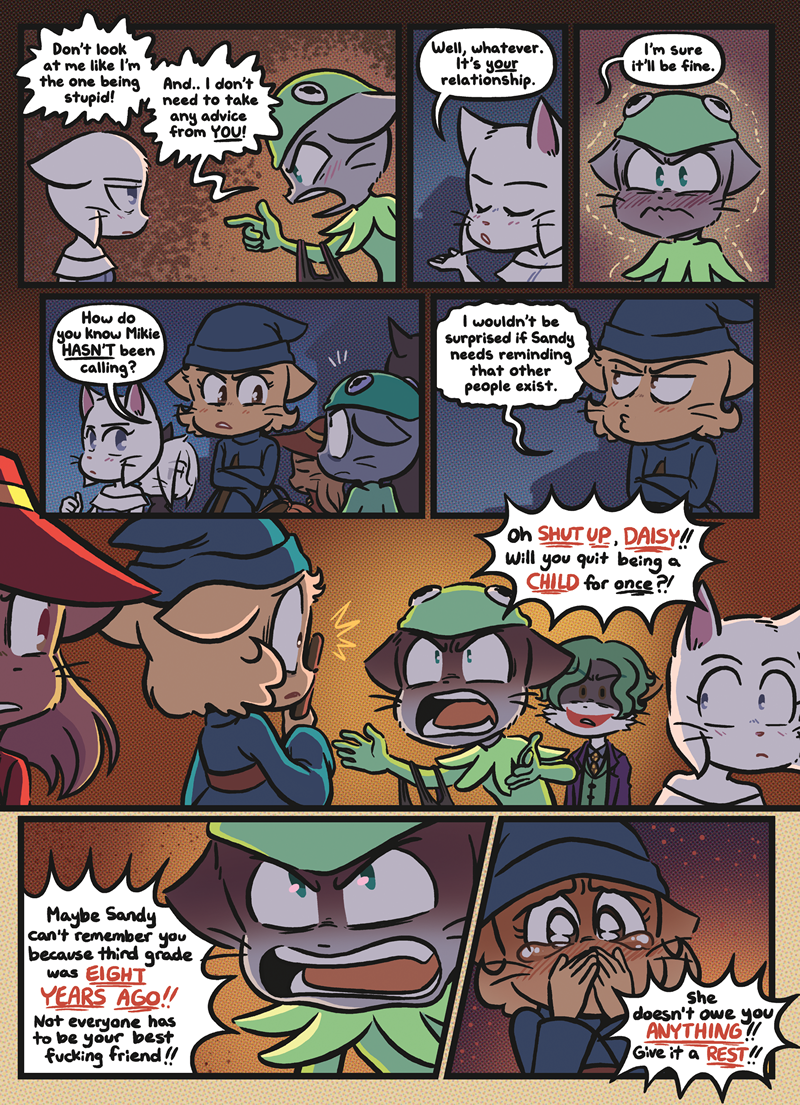 Mike NO. Jesus, he used to be the level-headed one in the group, and now he just flies off the handle at everything. I couldn’t even read the last few panels once I saw him lose it…

And that’s the story of how Augustus and Paulo teamed up to murder Michael.
Seriously, though, this is… brutal. He’s being bratty and mopey about Sandy, and Lucy’s giving him legitimate advice despite trying to distance herself from Mike, and the moment Daisy tried to defend him some by saying he might’ve been doing what’s been advised already. It might’ve been okay if Daisy hadn’t made the one comment, but… I think she does have a point, to an extent. Yea, Sandy doesn’t owe it to Daisy to keep in touch with her (and it’s not shown if Daisy has tried to get in touch, she might not’ve), but Daisy was a random someone from third grade. Mike, on the other hand, isn’t. He’s supposed to be her boyfriend, but from the looks of it, he might as well not be with how little she talks to him.
Mike isn’t entirely innocent in this of course, it takes […]