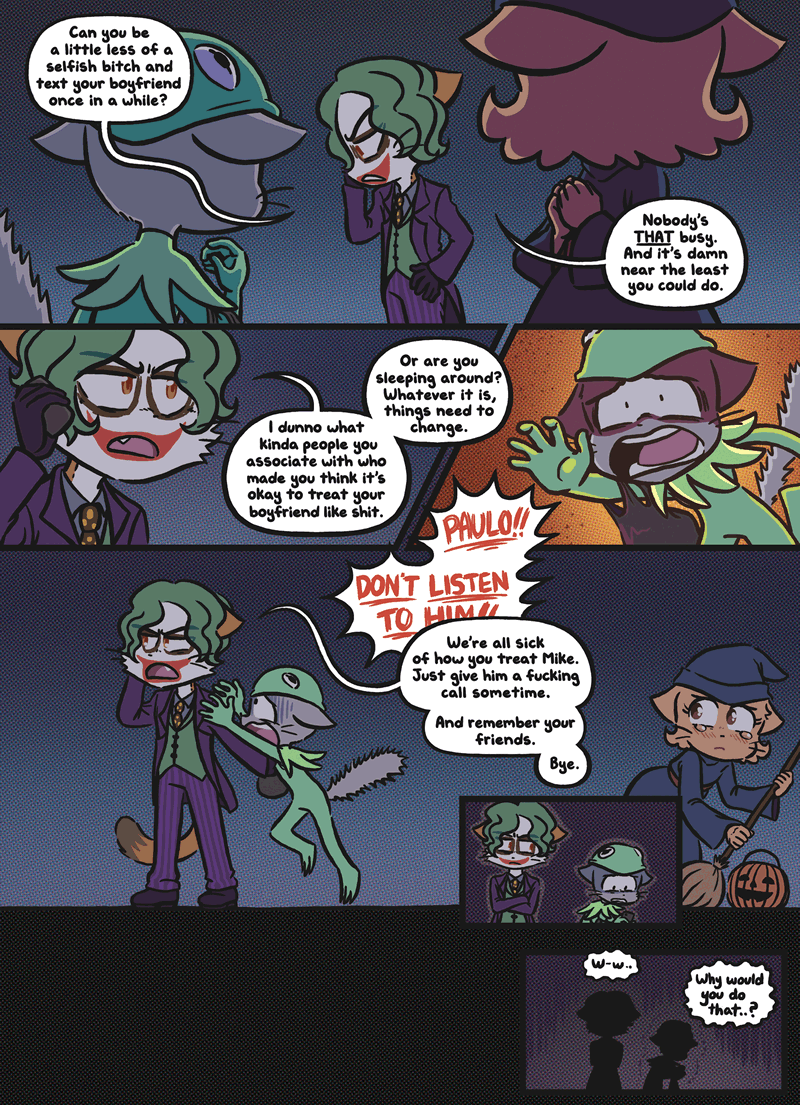 Veronica: No table to slam him into this time

Aaaaaaaaaaaah this… hurts to see.
Because (at least from what we’ve seen), this really isn’t Sandy’s fault. Yea, she should communicate with Mike more often, but Mike also hasn’t made it known to her that the amount of communication happening isn’t enough, and with her being presumably busy for her job, yea. From what we know, this isn’t on Sandy, and I’m kind of hoping Paulo is faking leaving a message for Sandy as a means of getting back at Mike, because either way, this really isn’t Sandy’s fault and she doesn’t deserve that.
That said, I don’t blame Paulo for going off. He’s not only had to deal with Abbey being horrible to him without being able to say anything about it, but now Mike is being downright awful as well, and while he definitely shouldn’t have done this I’d say, him snapping like this is perfectly understandable. It’s all pretty heavy overall.

YOOOO PAULO IS THE REAL MVP