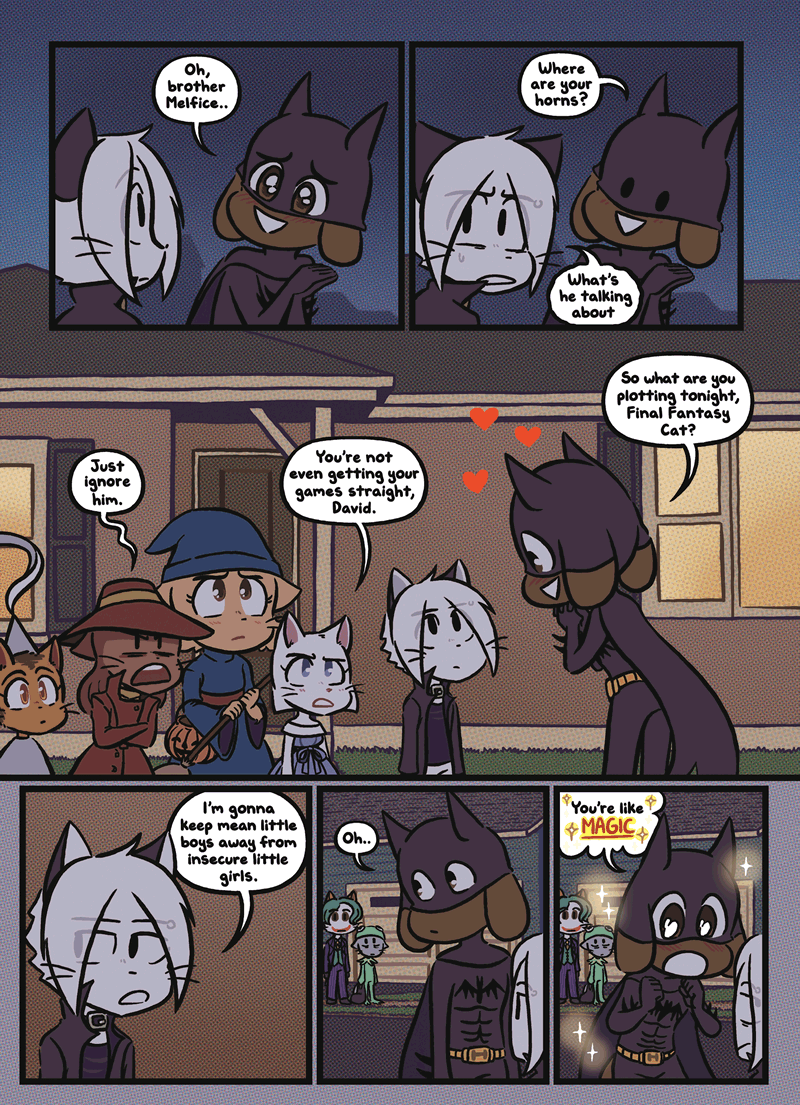 I’d be surprised if people still felt the same way even after Just Beautiful unless they really are die-hard MikexLucy fans. Sandy didn’t want Mike to stop being friends with Lucy, she only really wanted her to be nicer to him. Most of the malice came from Mike instead in how he interpreted what she meant. The things he does in keeping that relationship threat free…I’ve been in one as well and it’s hard putting everything into context correctly all the time. It’s possible to leave out small bits of information that something in less of a drama than it should be, So overreacting is almost normal at times. In Mike’s place though he’s too much of a wuss to correct Sandy.

From the anxiety in the last panel, as you can tell, all I can see is a bright light and very loud train noises as we approach the mako reactor.