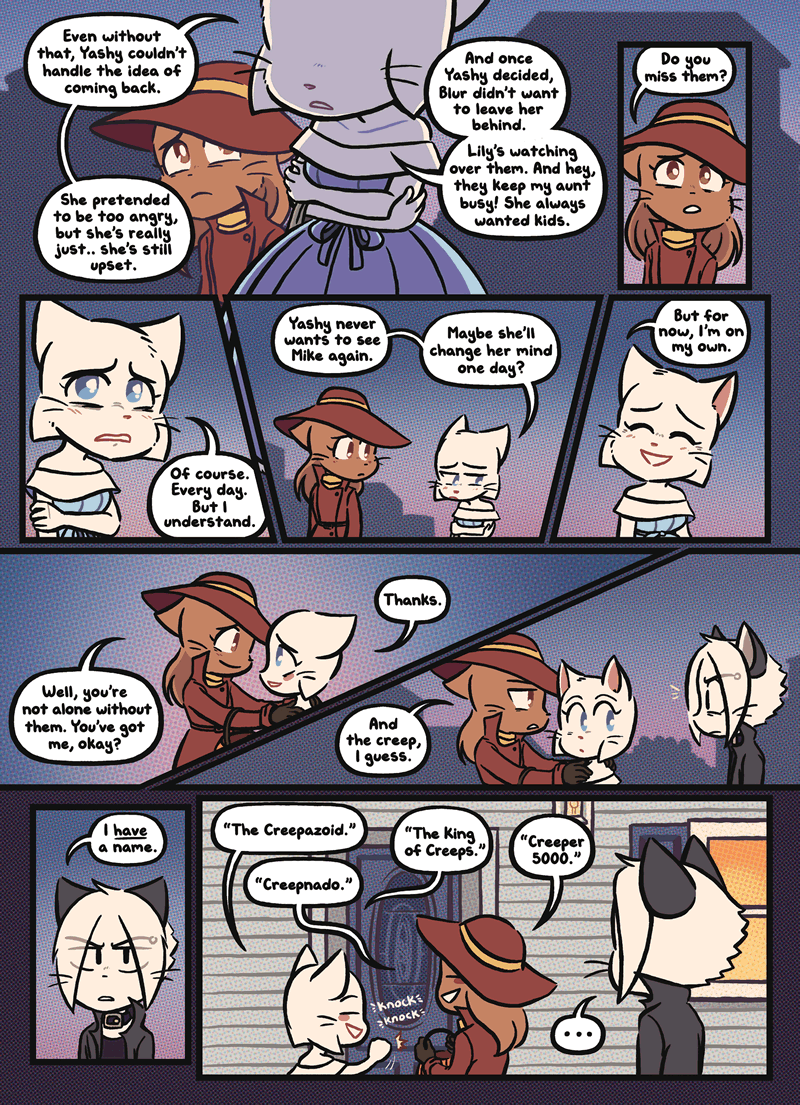 Veronica: It’s funny how the pet explanation was planned for this chapter, knowing when Lucy came back in “Love Again” that it would take literal years to get here, BUT HERE WE FINALLY ARE.

Augustus is not used to not being a threatening force anymore. 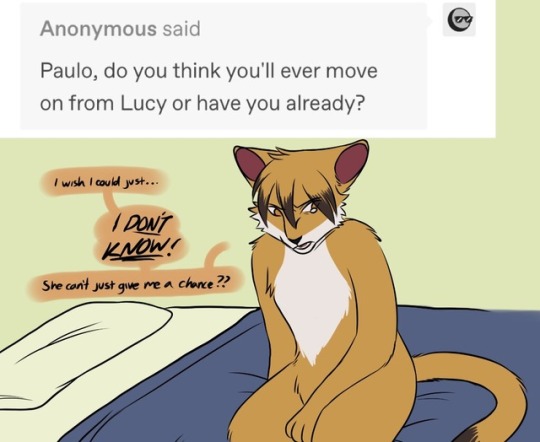 I gotta admit I had a feeling it was likely going to be bought up in this chapter once Sue was shown in Lucy’s house. It was kind of strange how we didn’t see Yashy either harassing Augustus in Escape Plan or
Paulo in After you (And he even walked into the danger zone, but understandably Paulo was high on Lucy), Sue would’ve noticed having at least held one of her pets in the last Halloween chapter. Not to mention she’s one of the more observant of Lucy’s friends.I gotta wonder though whether the explanation Lucy gave was…all true though; Yashy didn’t look too upset at Mike the last time she saw him. 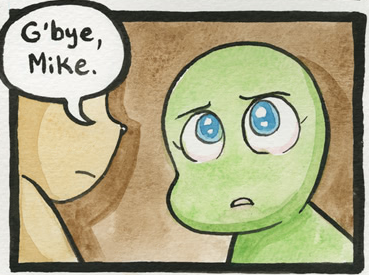 Not to mention Lucy having appeared hopeful that Yashy would come around and change her mind about Mike, even though Lucy herself appeared to […] 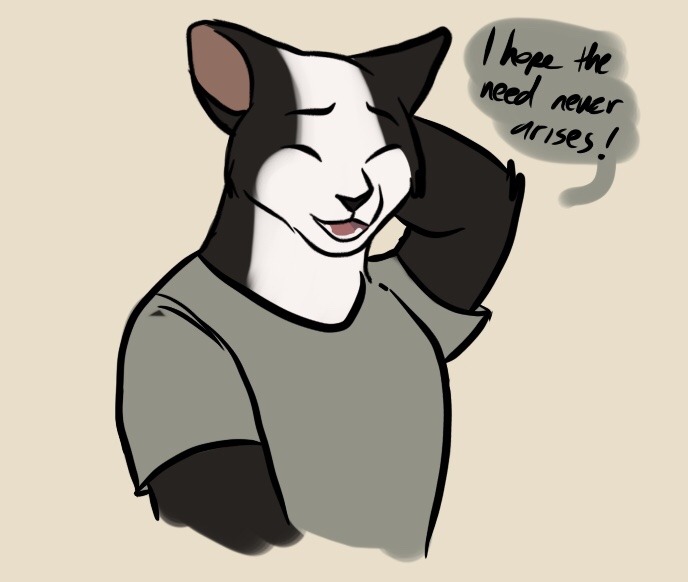