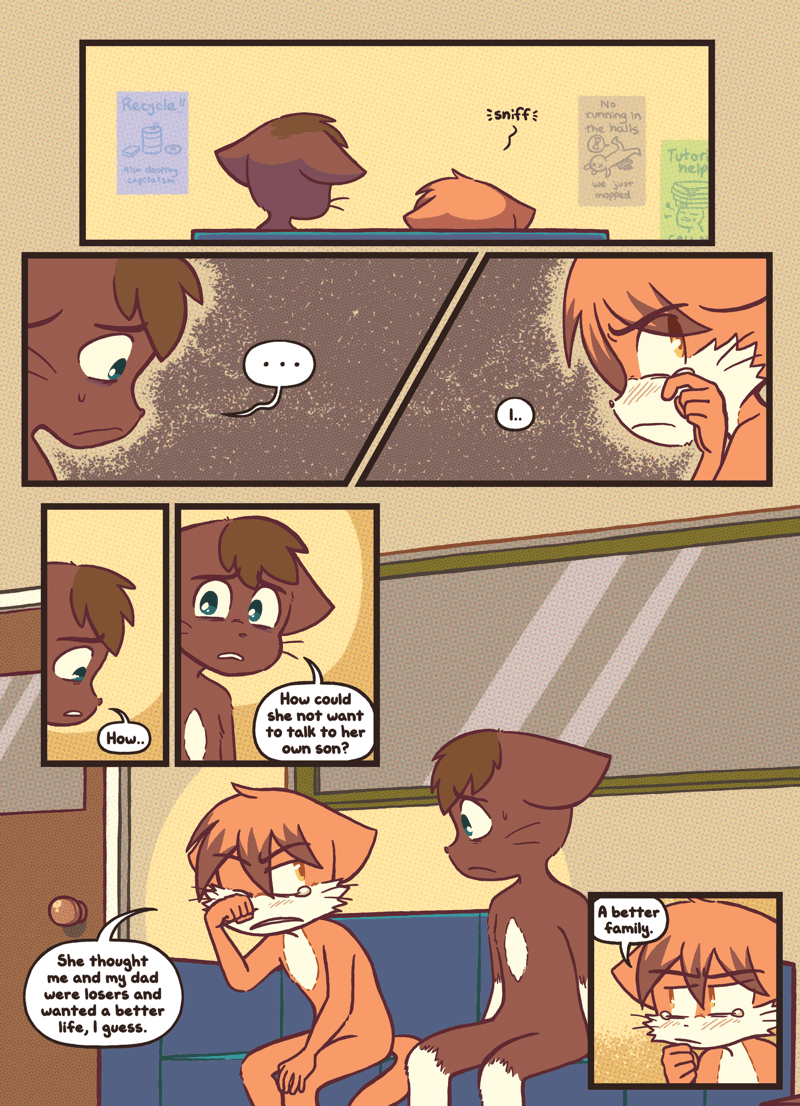 First, that secretary must REALLY be feeling the awkward by now.

His father was a piece of shit, but he actually stuck around for a while and wasn't as bad to the kids.

Abbey should definitely be able to sympathize though, because they're situations are not entirely different.

His father did try to leave, and made it a point to show he didn't care.

Even if it was disguised as a person who cared until he was triggered.

Making these two sit here together for so long has actually been better for them.

Hopefully it ends well and their eyes stay opened.

Also, I do hope that Abbey doesn't get in trouble because he hasn't actually done anything.

But I hope Paulo doesn't get in trouble either.

We have seen how Paulo has grown, but we never see the behind the scenes antics that Abbey keeps saying Paulo does.

Hopefully the teachers have noticed a change as well.

No running in the halls, or your corpse will be mopped!

The signs on the wall lol

Whats this? Something relatable to actually start a conversation and form a bond? Are we seeing an actual friendship start to form?