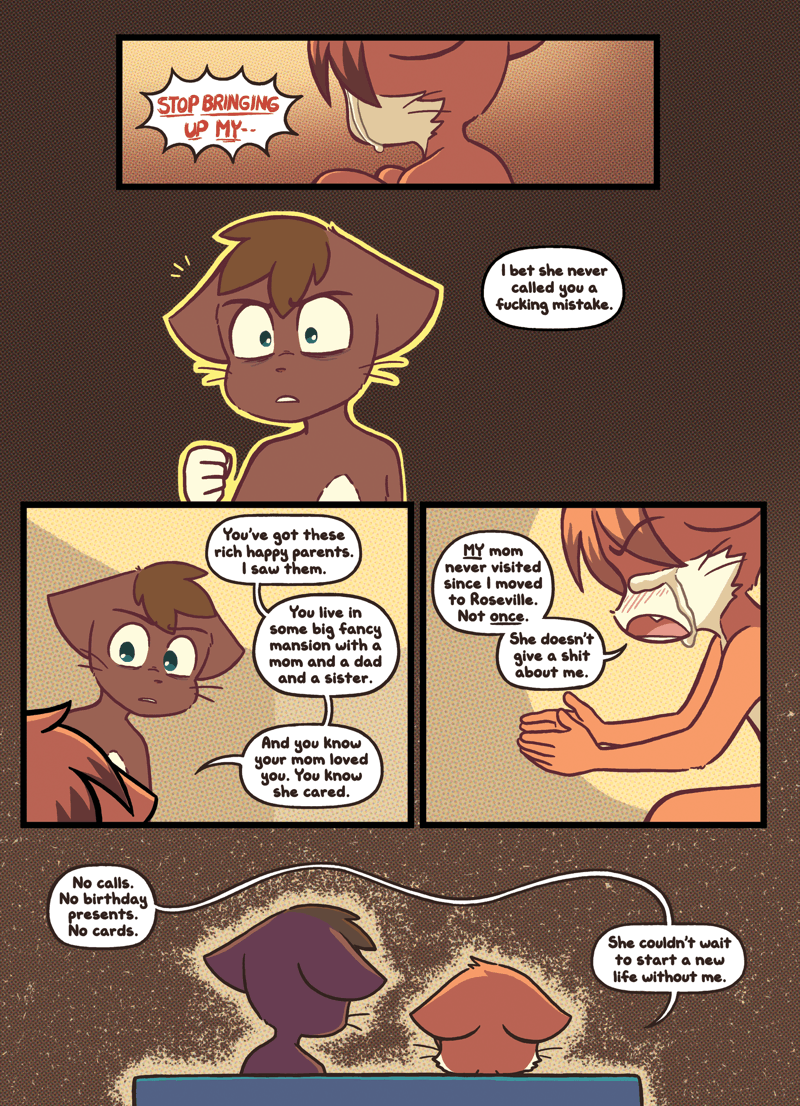 The tears are flowing.

will healing begin between these two?

Exactly what i expected with the last panel of last page

SOMEONE GIVE THIS BOY A HUG

about time we hear about Paulo's mom

Giving a different perspective than Abbey was expecting. I'm proud of Paulo being able to power through Abbeys initial reaction. If he wasn't able to this would be going a very different direction.

Abbey's has a number of sources that support him in what he does; foster parents, sibling, the same friends, the problem is he's upset they're not behind him one hundred percent of the time. Paulo on the other hand has very little support and has to go it alone. His father isn't always there to steer him in the right direction and Paulo struggles not to be a burden on him and not too many of his friends have credible experience to help in a lot of cases, often leaving it to Daisy, even if she isn't as experienced. The street goes both ways, Abbey sees Paulo comparable to his father, but Paulo sees Abbey much like his mother, who was quick to abandon him just as Abbey tries, and tried to convince others to do.

HOPEFULLY this will talk a Slight amount of sense into Abbey and he may even realize that his black and white thinking wrt Paulo is incorrect!