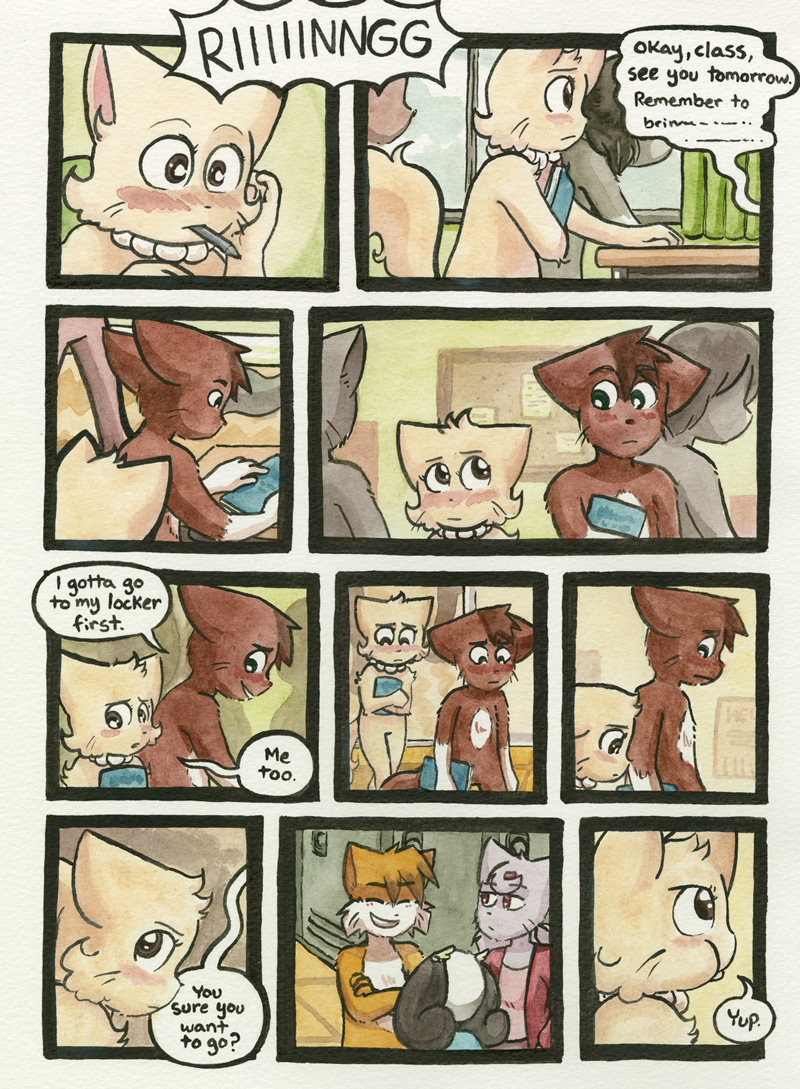 Veronica: Daisy was a pufferfish in a previous life

I’ve never understood hating a particular character in the series unless they’re designed to be hated. They’re all designed the way they are as protagonists for certain reasons, to fit into a little puzzle sculpted in the artist’s mind. Hating them vocally with no justifiable reason, or even with a justifiable reason, isn’t going to have the author change who the character is. That’s just how they are.

I guess it’s a personal issue, if anything.

lol, I bet they’re going to do anything, BUT make out.
They’re probably going to go to a carnival or talk to some relationship councilor, or something along those lines.
There have been previous chapters where crumbs are dropped that seemed to suggest a very conclusive ending, which often turn into a backhand (forgive the offensive imagery, but that’s exactly what it’s like).
The reason why I say this is when Abbey asks, “You sure you want to go?” What does he exactly mean by that? “Go” where? If he said “You sure you want to do this?” Then that would allude to and solidify what most have already come to assume. I am curious to see where they’re “going” and why.
Edit: Also, if both partners who are virgins feel ashamed or nervous about their feelings that make them believe sex is going to be so great, as panels 5-7 shows, it waters down the “magic” and makes it something less appealing, as well as difficult to reach. If you want the sex, you both have to be going into it willing and wanting it or it will end up sour.
Like I mentioned in previous posts, it’s a “yes” or “no” not a “uh, maybe so”.

I don’t mind that Daisy’s wanting to have sex. What’s concerning is that she’s doing it for the wrong reason.

Initially, she didn’t “want” to do it more as she just wanted to be prepared just in case the time came about. Good for her! Better be prepared for something like sex. What seems to be the case now is she wants to do it not just because she loves Abbey, but because she feels that by having sex, she’s going to prove something about her. That’s a dangerous thought, because in that state of mind it’s difficult to remember why she was trying to have sex in the first place, and sex begins to feel more like an obligation above anything.

While Daisy is definitely understanding the physical preparations (condoms, etc.) she doesn’t seem emotionally ready. While the first time is going to be awkward, and it always is, the thought that she’s doing it to prove something is dangerous because that’s only a few steps away to thinking of it as an obligation.

I appreciate that Daisy wants to explore sex and knows about the consequences, I think she should talk more about it with Abbey before leaping into it, presuming they ARE going to do it.