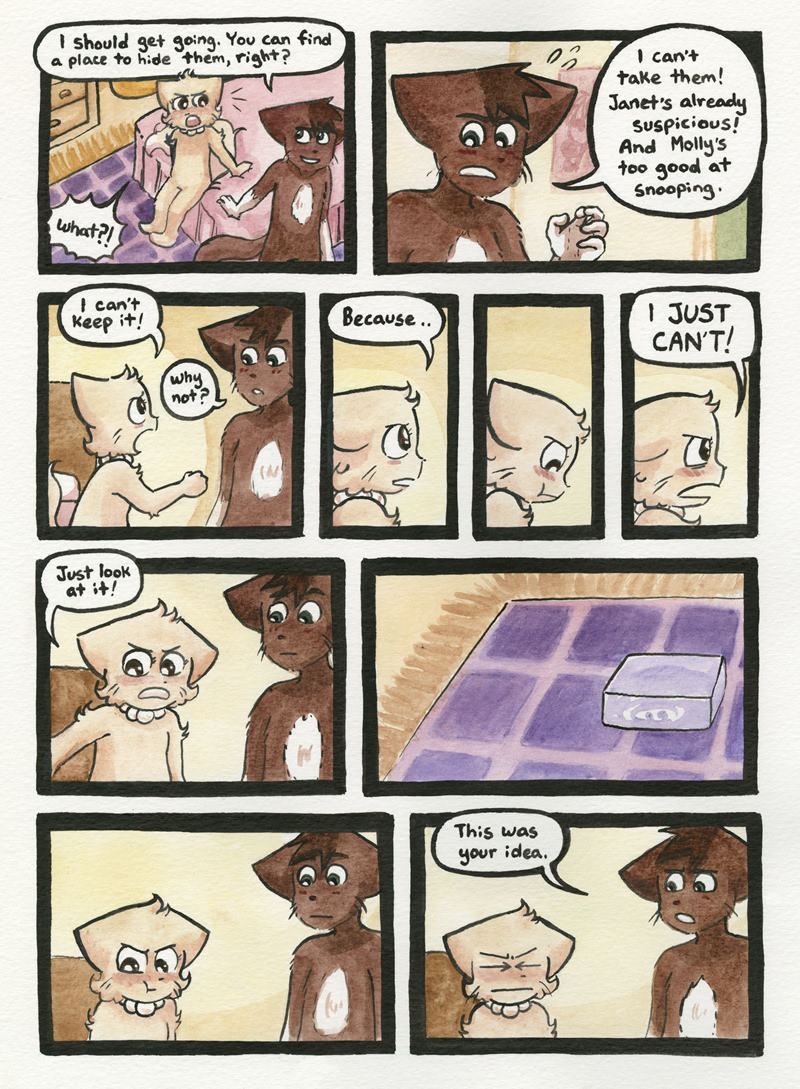 Veronica: abbey sassing it up in here

Maybe Daisy is reluctant to take them because of Mike? Think about it: If Abraham takes them, Daisy will only have access to them if she’s with him. We know she still has feelings for Mike, whether or not she wants to admit it. If she keeps the condoms, then if something were to happen, she’d have easy access to them, whether or not it was Abraham she was with!

Of course, this is entirely speculation.

Arrow eyed Daisy —-> <—-
Well, who will take the box of condoms home, hmm? Daisy probably doesn’t want to because that would mean they ended up not having sex when she looks at it, and Abbey can’t because of Janet and Molly. Well, it’s gonna be awkward for the two of them when they go back to school tomorrow. Questions like “So, how’d it go” might pop up, but denying will make others think they hate to admit they did it, when they really didn’t do it.

They just wasted good money on a box of condoms, and all they got out of it was Daisy yelling at Abbey (Poor fruitcake), Mikes totally inappropriately timed jokes, and catching Augustus in the act (I always like him though…better than Abs).
Oh, and some cute pouts and sass attacks.
Still a waste of money.
Que lastima.