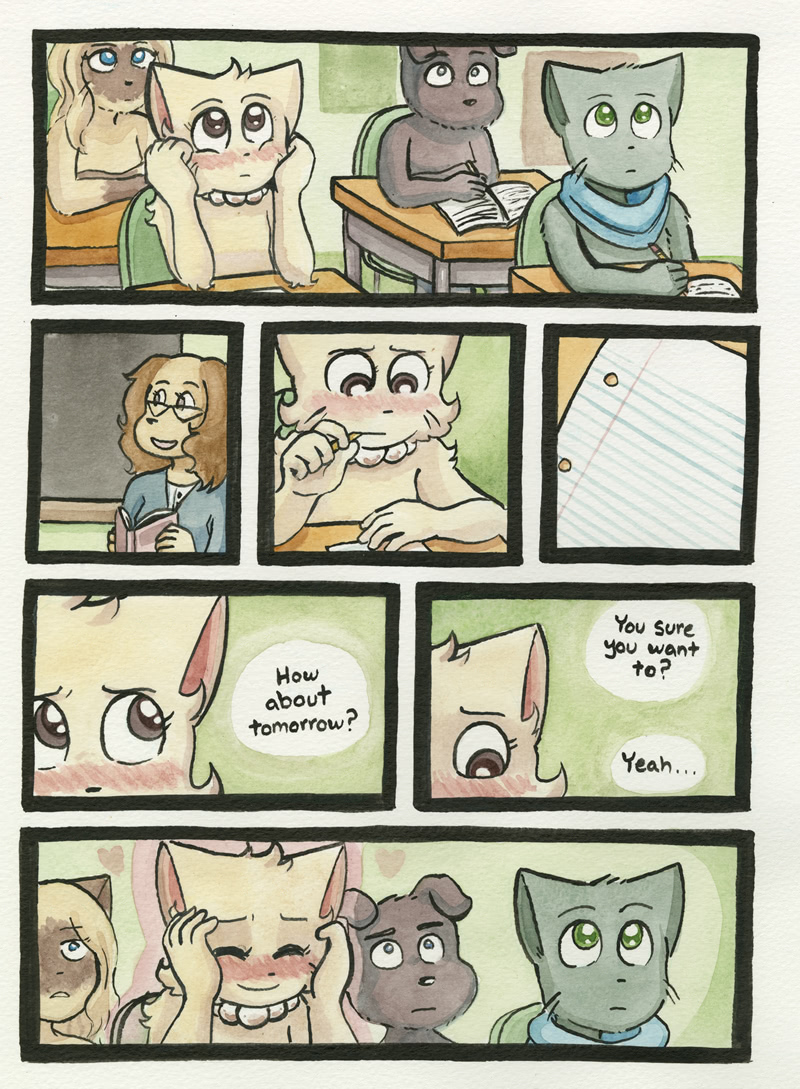 Veronica: daisy get back to work this learning isn’t gonna learn itself

DAISY WHY IN THE HELL ARE YOU SO CUTE?!

And she looks so freaking excited! Dude, it totally reminds me of my first time buying condoms. @w@ N’aww, Daisy, I understand your excitement, really I do. Just be careful it doesn’t drive Abbey away from you. :’D

Aaahhh, I just noticed the happy hearts and pink glow around Daisy from her excitement and looooove. <3 Hahaha, awww, gaddamnit you are adorable Daisy. :’D

Instead of being excited over super-kawaii Dasy, I’m worried that neither Daisy nor Abbey have any idea about what they’re getting into…but I’m especially worried about Daisy. She’s young and excited, but naiive. I’m worried her first time won’t be all she expected- does she know that she’ll be in pain, and how painful it will be? Does she know how likely she is to become pregnant despite the use of condoms or other contraceptives? Does she know it’s more complicated that IKEA “insert tab A into slot B” directions? Does she have any idea what to realistically expect?

To be honest, I don’t think so, and I don’t think Abbey knows either. If they expect their first to be maaa~gical…..they’ve got another thing coming. That’s extremely unrealistic. They’re *too* excited about this, and if Janet hadn’t intervened, I think reality would have smacked this cute couple in the face, pretty hard.

SOMEbody needs to give them a little talking-to, and I think Janet’s more than willing.

I think you guys seem to be thinking that they’re like 10 and don’t understand anything about condoms or sex. I’m sure they talked it out behind the scenes. You saw Daisy, she was worried. She is going to be protected. Stop over dramatizing this. Also a LOT of 15 year olds have sex and turn out just fine. Can I just remind you that you’re reading a comic about TEENAGERS. I don’t know what the heck you even expected. Teenagers have sex, create drama, and make mistakes.

Either way this page makes Daisy look really cute. I’m also digging that Siamese girl behind her, the design is really cute, even if she’d just a background character!