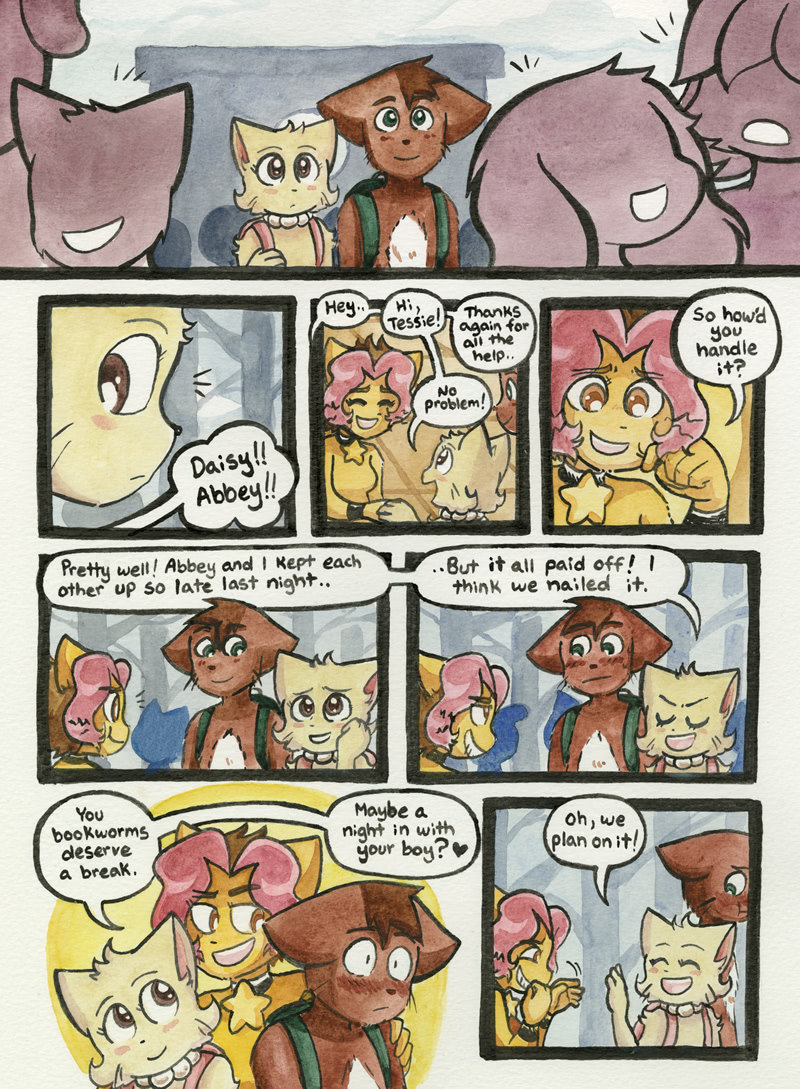 Hmm. I don’t think Daisy quite understood what Tess meant by that. Abbey most certainly did, though…which leads me to believe that this will be part of this chapter’s conflict.
Yeah, with these more recent pages, I’m really getting to like Tess. It’s probably something to do with how she goes about things. As in…well, we saw how she handled Mike, and now this.

@ Everybody Complaining About Lucy:
Guys, freakin’ let it go. Lucy isn’t in the comic for the time being, she won’t be in it for a long while. And just because she’s gone, it doesn’t mean we need twenty chapters of everyone being mopey and emo about her leaving. The comic would get really fucking boring really quick if that’s all it was reduced to.

We don’t need to have everyone moping about others and making references to them every page they aren’t on. We haven’t seen McCain in several chapters, yet he isn’t being asked about. We haven’t seen David yet this chapter, and nobody’s complaining about him not being around.

Come on guys, seriously. It’s been a month, just freaking drop it.

Haha, I like how Daisy is all “Yeah, I plan to have a night in with my ‘boy’ “.
Daisy! I didn’t know you were like that? When did you get so naughty?
I like how Abbey is the only who is embarrassed by what Daisy is saying, probably because he knows how Tess is interpreting it.
Abbey’s face on the last panel is funny too. It’s like “God kill me now, but it wouldn’t be too bad if we did have a night in.”
Ya know what I am saying Abbey? *wink* *wink* *nudge*. Know what I am sayin’ ? Mix a little bit of her yang with your yin to keep you on the level.
Even the greatest warriors have to take off their armor, especially when they have a pretty flower like Daisy.
HA! Oh, so bad, but so good…