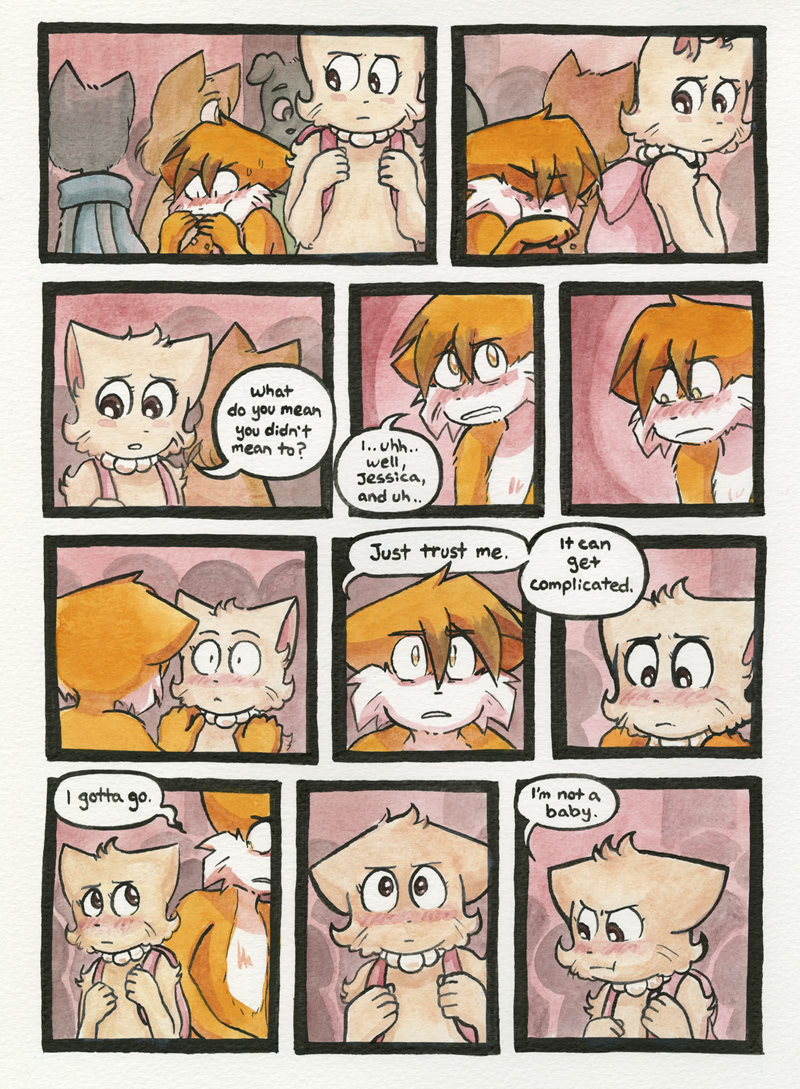 Oh Daisy, nobody thinks you’re a baby love. Paulo just wants you to be safe. He cares for you a great deal and wants you to be careful and well. But as always it’s hard to tell as Paulo generally sucks at expressing his true emotions properly and Daisy is too used to everyone patronizing her. So of course she feels like she’s being treated like the “kid sister” again.

Nobody has shown her any different, so what’s she to expect? That suddenly everyone is treating her like the young adult she wants to be treated as? Of course not. While Paulo’s intentions were only good, the fact that he skirted around her questions and answered them vaugely will only drive Daisy to further explore her issue, with or without his or anyone else’s help.

Is the center panel in: http://www.bittersweetcandybowl.com/c78/p1.html

You’ll laugh when you see it.