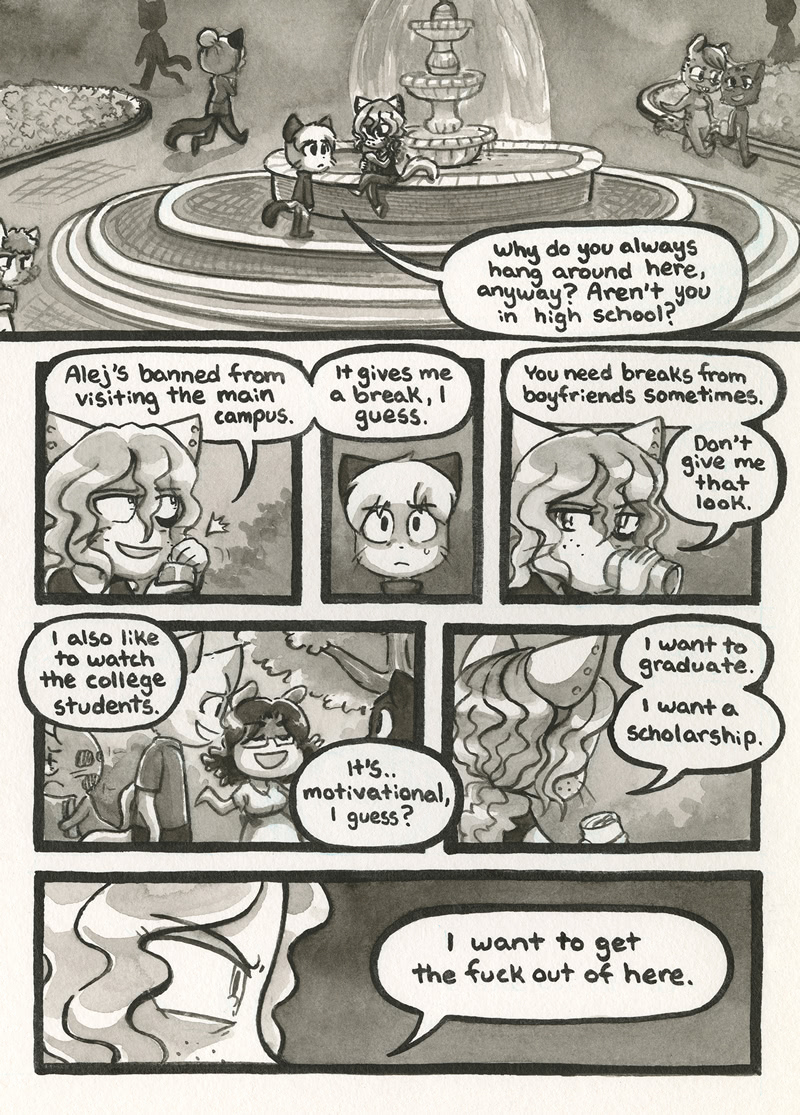 Veronica: That person walking off with the bun-hair is not Jasmine, I figure that will be an instant reaction that would confuse people timeline-wise. CURSED MONOCHROME, she’s a black cat with tan hair oKAY

What’s funny is that Melanie reminds me of myself, in some way. Well, the past me. I used to have an abusive boyfriend for a couple of years, while I also look at the fact that the friends he made and shared with me were so nice to me — nicer than he was to me. They always used to say I was their favorite and they would take me places with them purposely without my boyfriend because they noticed he was so bad to me. However, I never really minded his abuse toward me because I was a pushover, hence I got into many passive fights with him where all he would do is yell at me about how his friends took me places all the time.

He was so desperate, but at the same time he was also so abusive. As if he wanted to keep me but just so he could have someone to beat on.

Btw you don’t have to be in college to get banned from a campus. I don’t think her saying that means he’s in college. I would think they’re both in hs, they couldnt be too much older than the main cast I would think, just a couple years.

Damn, there’s nothing more hurtful and consequential than Puppy love from a little kid. How many times will this Act come Full Circle in this Life of ours?