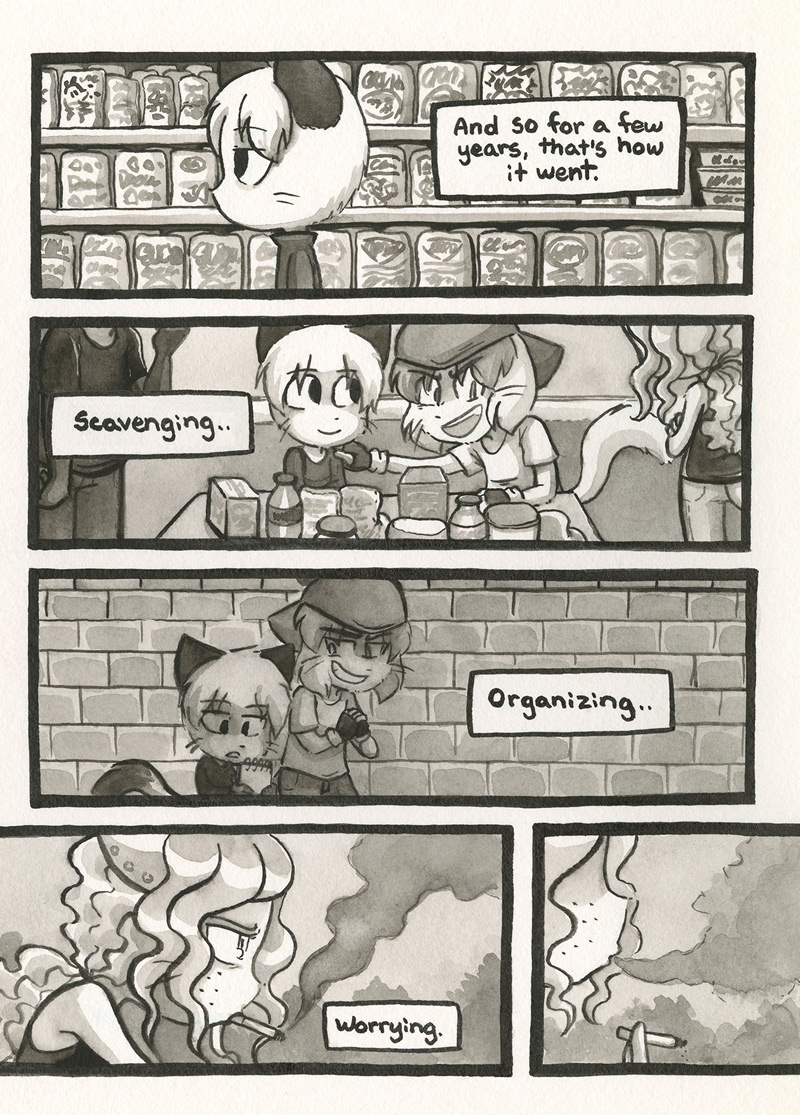 Oliver: Remember drawing stream THIS FRIDAY at UPDATE TIME be there be square

When an unsavory situation is better than your normal life…

Honestly, I feel bad for Augustus.

Seeing this page, really brings me back to the part where Alejandro beats up on Augustus because without Augustus, Alejandro would be nothing. But an Augustus without an Alejandro- he would be perfectly fine, glad even to get rid of him and the same might even go for the dog (if he would be able to get out of the abusive friendship somehow.) Its not likely to happen since Alejandro’s been a little ba***** even when he was a kid, but I hope one of these days Alejandro would at least treat Augustus kinder for all he’s done for him or anything positive like in the future. He’d probably go into an angry lash-out version of Lucy’s depression when she left if and when Augustus and maybe even the dog leave him. Even though its well deserved for that to happen to him and that he’d probably attempt to find more people to rule under, its just pitiful to think about. Again, I know its not gonna happen and its ridiculous to even say that he should become kinder or find some so of redemption in the slightest… Its still a hope that I want to see.

You kids should really take up smoking.

It smells good and makes you look cool.