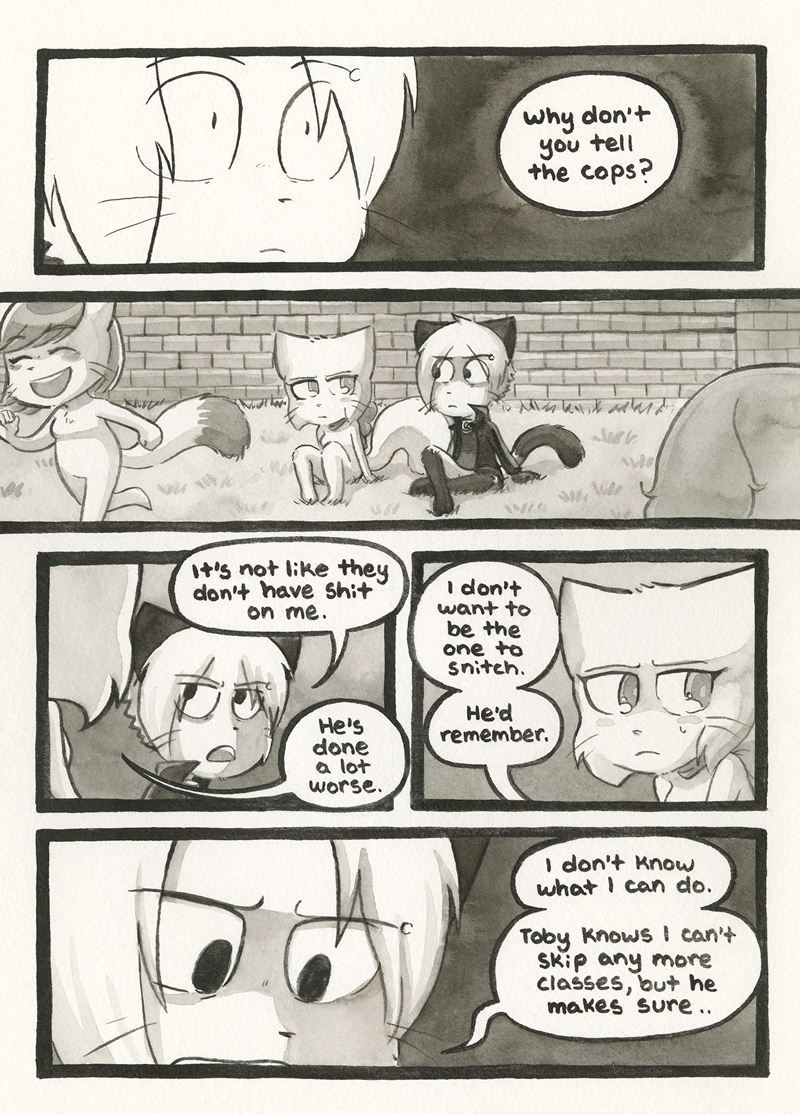 Veronica: We’re slowly but surely moving forwards to the present! I really liked Lucy in this style, her eyes are pretty.

Ah, so he told Lucy all of that. Interesting.

I love the dynamic between these two.

Lucy’s been gone for so long it’s weird seeing her now. They look so young in this style like Augustus doesn’t look as gruff as he has before. That or it’s that he’s younger here…? But anyway they look adorable and I do think this is a flashback. And aww, this is when Lucy’s eyes were bright and had light in them and weren’t dull and ‘life less’ as they were in her last appearance before disappearing. They became as dull as Augustus’ eyes cause what he’s been through, his light in his eyes have been gone