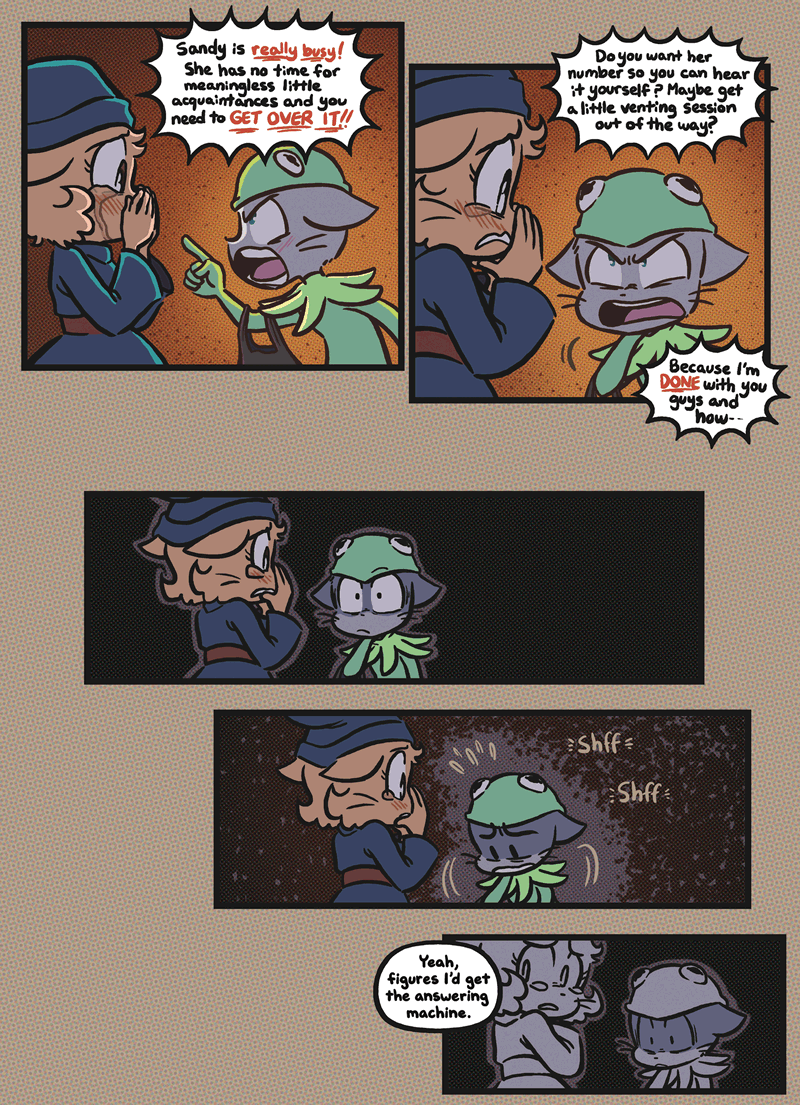 Oliver: The special offer for new patrons is soon to end, so check out our thriving new BCB Patreon page before it’s all over!

And if you’re in the Los Angeles area, be sure to swing by the LA convention centre this weekend for Anime Expo! We’ve got all our stuff and we’re excited to celebrate America’s independence by sitting behind a table all day and selling INDEPENDENT MEDIA to you great people! (Does that work?) We’ll see you there, Thursday to Sunday!

“And I would really like if this was Paulo because he knows he can be a fuckup and make serious mistakes. But Daisy. Daisy doesn’t cross the big lines that he does or push buttons like he does. I would like this to be a realisation that the problem is Mike. Because Paulo has tried to help him out before and gotten snapped at and got his face slammed into a table. And he likely thought he deserved that. But he would never think Daisy deserves that same level of reaction. (2/2)”i already know who did it because Patreon but my guess b4 i saw next week’s page was either Paulo or Lucy…… Paulo looked Fuckening Pissed in the last page so he’s a good bet, and agreed, Lucy would probably want to stay out of it. it SOUNDS like her tone of voice but who knows….RIGHT? like who KNOWS what this person could say… (i know) (i can’t stop thinking about it) (holy shit next page is so good). but wOOF i hope Mike learns something from this