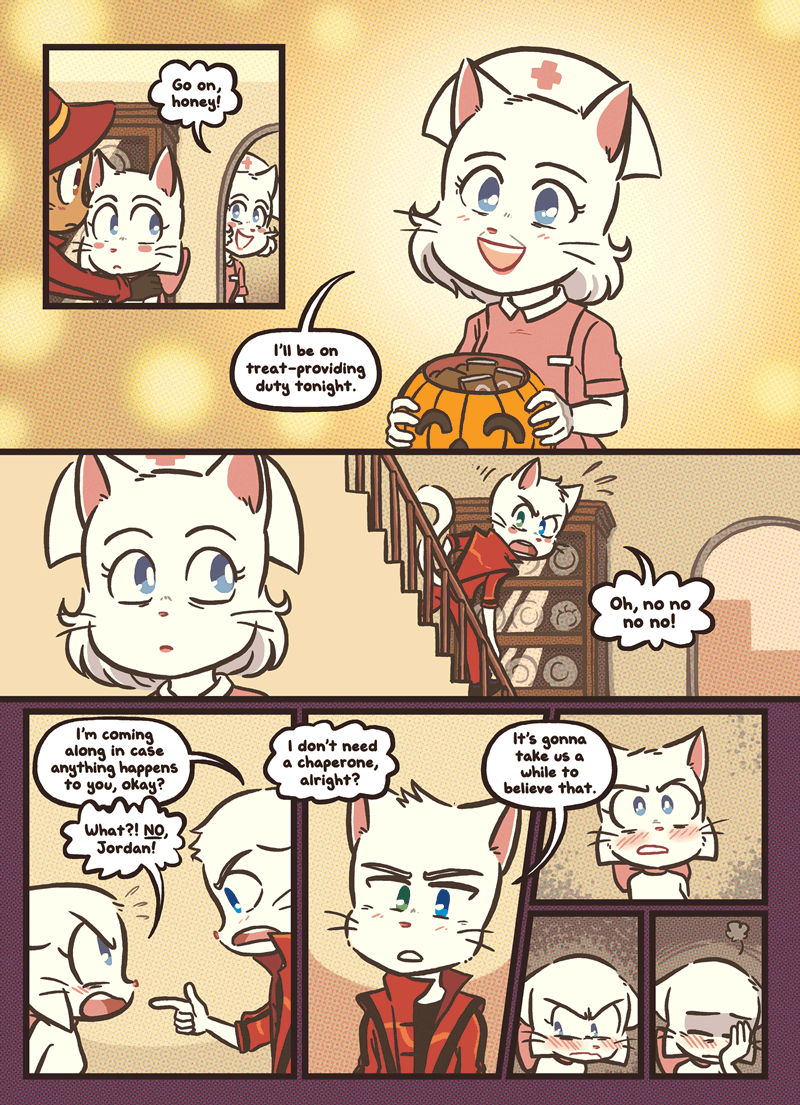 Anyone else feel like this chapter is going to result in one of the big baddies running into Lucy while they’re trying to steal candy from kids?

I’m thinking it may have been to a technicality with the US school system and transferring between schools multiple times or the inability for Lucy’s school credit to transfer back. I’ve got no idea. I think it’s also complicated with Lucy trying to take her own life which might have prompted Lucy’s parents to agree it would be better if she just stayed there at her grandmother’s, since Lucy tells Paulo she never intended to come back. But I’d think Lucy did not want to abandon Augustus at the same time so she had to wait until the new year, maybe enough time for therapy to fix herself before returning to Roseville.

David tends to poke fun at everyone though like when he called Daisy a pig anus, he’s said a few wrong things about Paulo too, that’s really part of his eccentric character.I feel Sue x David has about as much potential as Sue x Anyone. Anything to do with the secondary characters is all up in the air and Sue herself hasnt recieved the same treatment as Abbey had with chapters that deeply explore her own characteristics and inner monologue to get any real indication of her deeper personality and vices. I’d sooner think Sue x Amaya is endgame or even Sue x Lucy tbh, the way things are going. Sue could very well end up being single past school too.