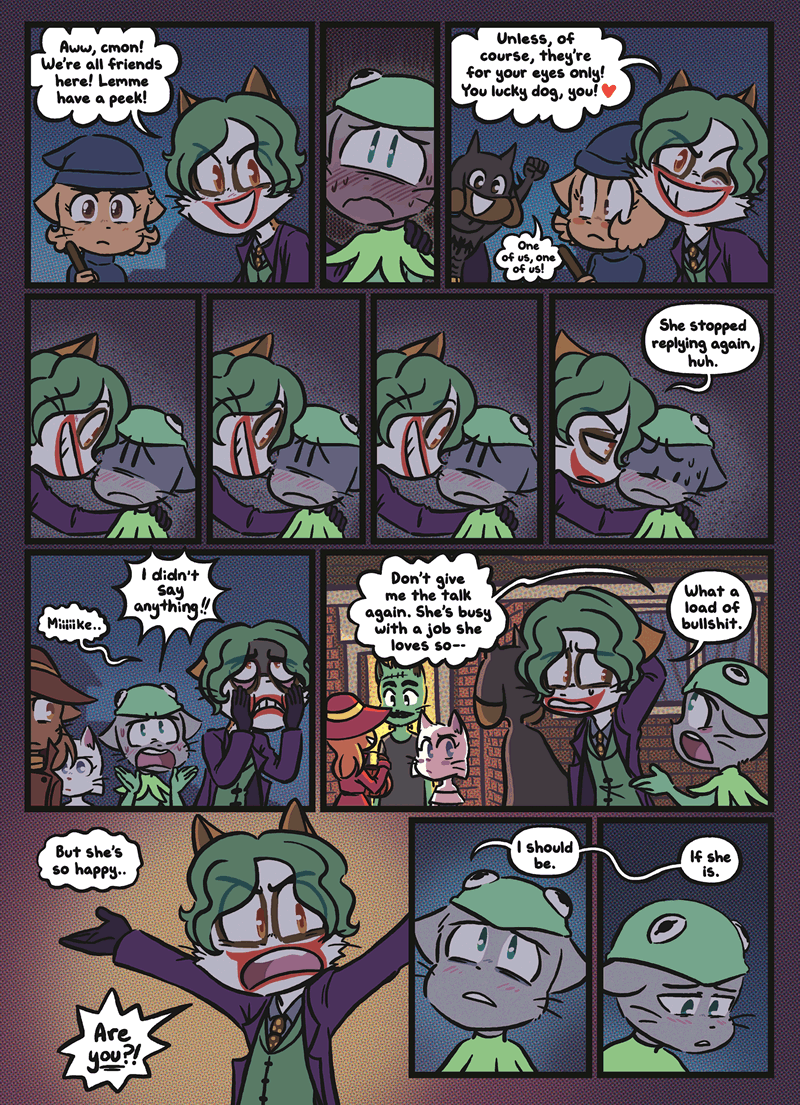 klgnfds REALLY THO!!! join a team??? make more friends?? you’re athletic and charismatic you stupid mans… go do. baseball or something. play video games with your friends. literally do anything, please, 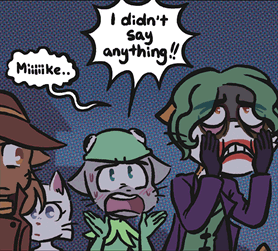 I get from this frame Sue’s keeping her distance from Mike but I can’t help but see some sort of annoyance in her in how Paulo seems to have no difficulty getting Mike to open up.

his attitude rn seems to be leading more to “breakdown” than “outburst” but he’s surprised me before… he just has been acting very meek since Daisy yelled at him so i think he’s over the yelling for this chapter unless someone REALLY riles him upit is really interesting to have Lucy in the background of this conversation, especially since she’s gone down a different direction with him in the past (of encouraging their relationship) and she frankly hasn’t shown any distaste for the relationship itself, just the way Mike behaves regarding setting up Sandy as a priority above literally everyone else. i wonder if she’s seen that he puts her as a priority above himself, too? and what her thoughts are on this? i wonder if she’s glad that the onus for taking care of him isn’t on her anymore

Today on: whos a better parent 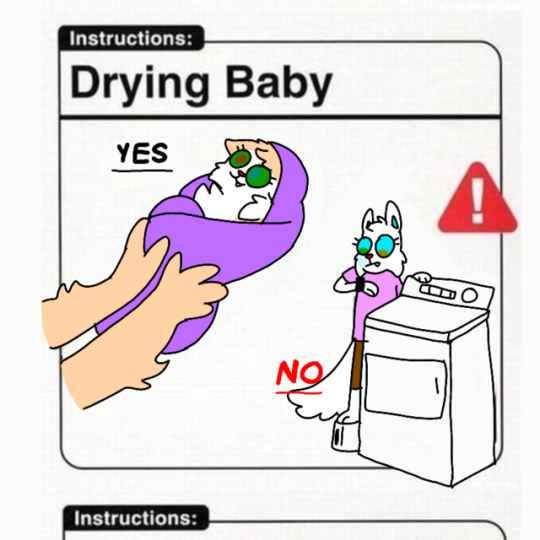