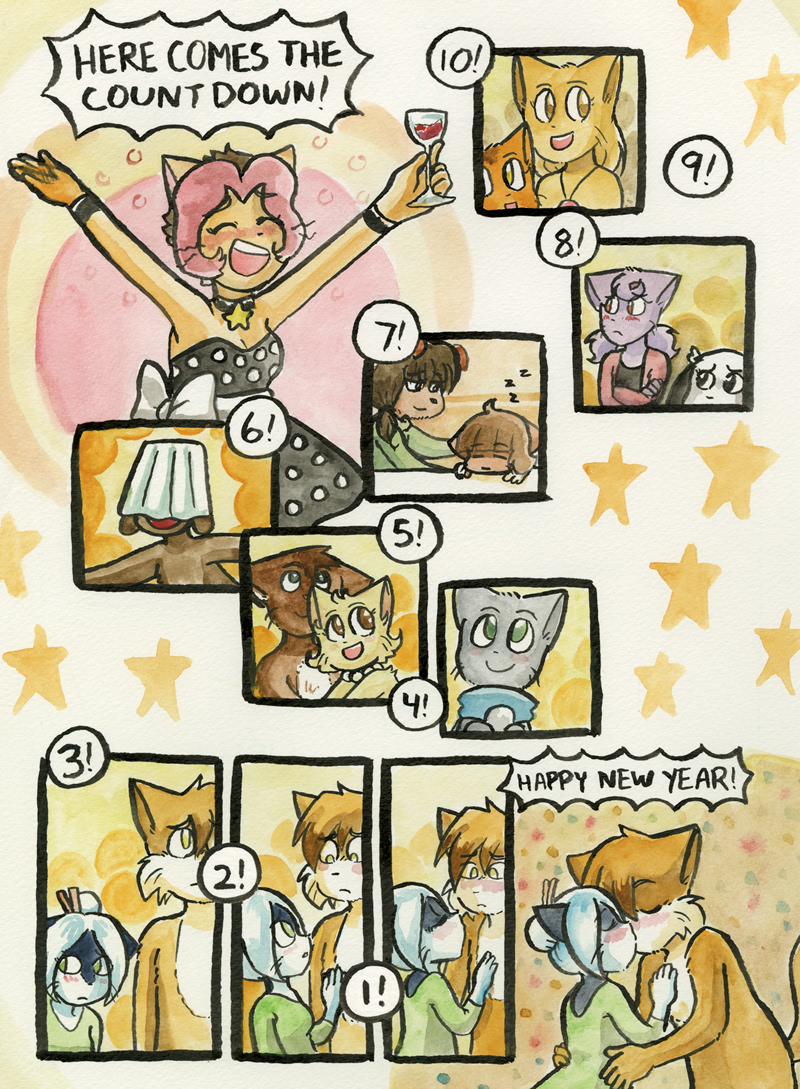 Veronica: fun fact this is probably their first kiss because they had a hilariously awkward non-physical relationship HOW ABOUT THAT

I… I am so frustrated now on the behalf of Jasmine and quite surprised, too. I really didn’t see that coming, haha. I hope Paulo can figure out what he wants, because this is quite confusing.
Also, if it really is their first kiss, then it’s a cute place and time to remember. Oh dear.

I’m glad for them that they kissed. Get some of those feelings they’ve been bottling up out in the field between them. It’s the weirdest thing when you like someone and that someone likes you and you both know it, but no one wants to make the first move. Then all those good feelings you’ve been cultivating just kind of implode and it gets…kind of bad.
I don’t see Jazz and Paulo kissing as anything serious, and it’s more of an “aww” moment to me. It’s that moment when those feelings they want to express, but for whatever reason of human inhibition they prevent, have the connection they need to complete a circuit. It doesn’t mean they’re going to settle down or anything, nothing dramatic like that at all after one simple kiss, but it might make it easier to nurse the wounds and move on.
It’s kind of a, “I didn’t get to have him/her, but at least I had that one moment with him/her” thing.
In addition, the social constructs of courtship and proper etiquette aside, sometimes all a person needs is a simple kiss or a hug. It doesn’t mean you’re going to get married or whatever the hell else you might think it means; it’s just a display of affection. Easy come, easy go.

I don’t see why people are calling out on Paulo for making a bad move. It would’ve been a much worse move if he pushed Jasmine away (in front of everybody, mind you). This is just a kiss to end their relationship and what might have been.

This is probably THE best breakup they could have had.