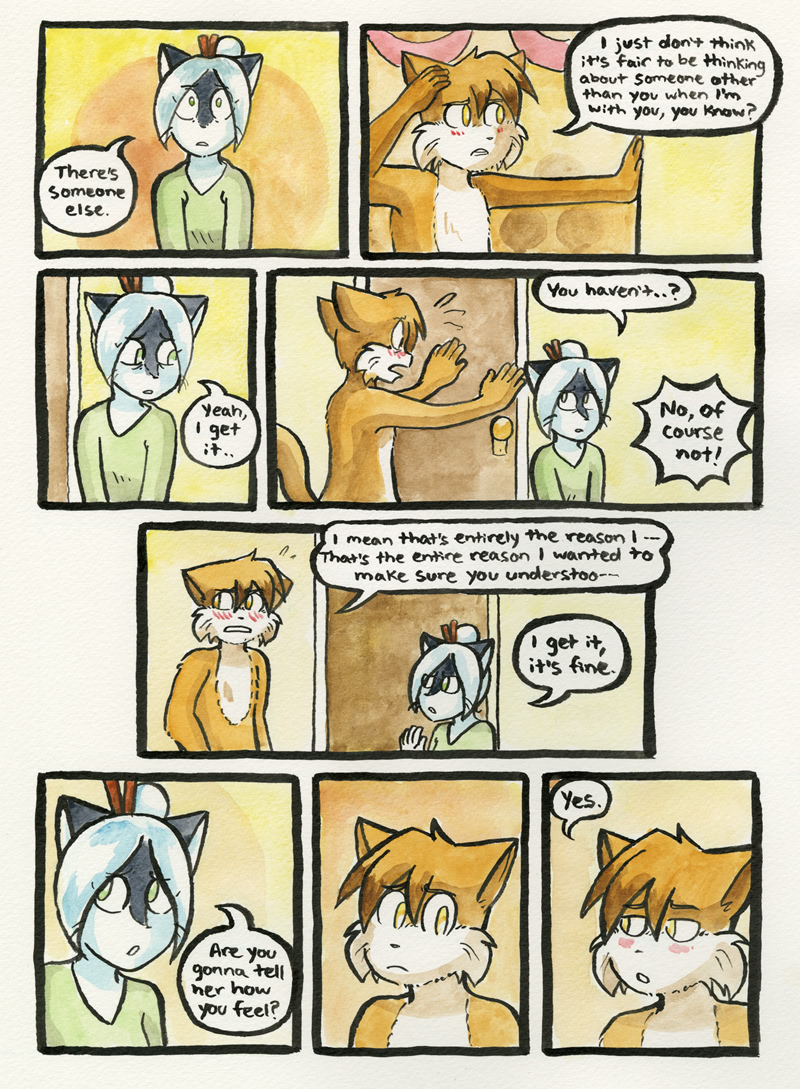 Veronica: See Jasmine kind of had it in her mind that she and Paulo could maybe get together again in the future when she’s more ready for it, BUT WHOOPS I GUESS NOT. She’s not really breaking up with him because she doesn’t like him, quite the opposite in fact.

Well.. you can’t put a boy on layaway, Jasmine!

Wow, Jasmine handled this situation like an adult. She is being completely understand and calm about the situation even though this probably hurts her more than that fight they had. I hope Jasmine can find the guy that can give her the love she deserves

Jazz has a keen sense of intuition and that’s a complement to her maturity that shines like a beacon in the emotional mess most of the other characters are.
She already had a feeling Paulo wasn’t really into her, brought up the subject of breaking up first, and knew Paulo was digging another girl. She also handles it like a pro and Paulo just fumbles all over the place. We get it Paulo, she’s a girl and you think that makes her some sensitive little flower, but you’re seriously acting more girly than she is right now.
Also, if this was Lucy dealing with a breakup, she’d be kicking and screaming all over the place or trying to jump off another building, and if it was Mike he’d just cry or act like an indifferent dumb@##.
I didn’t know about Jazz at first, but she’s one of the few characters that has my profound respect, along with Sue, and maybe Abby.
Paulo better tell Lucy how he feels, because going to the bathroom every time he thinks about her and get’s hot in the face isn’t going to solve it.

Jasmine really is awesome, it’s such a shame she is being hurt like this. You can tell she was hoping that they were going to get back together again when she had more time. All the signs were there but she probably didn’t notice because she thinks so highly of Paulo. Paulo has been very good to her and sweet but his mind has been focused elsewhere.

It’s really good to see Paulo acting maturely too. If he were more like his older self he would probably have just dated another girl without even bothering to tell Jasmine. I think some of Jasmine’s mature behavior and sweetness rubbed off on him and helped bring out that side of him more.

I don’t think Lucy will be joining this party, but if she does she will probably just say whatever her mom told her that made her go onto the top of that building. Once she finishes her announcement, which will most likely just be her saying it in a normal tone, she will leave and everyone will be dumbfounded and just in too much shock to do anything. Just speculation on that last bit though.