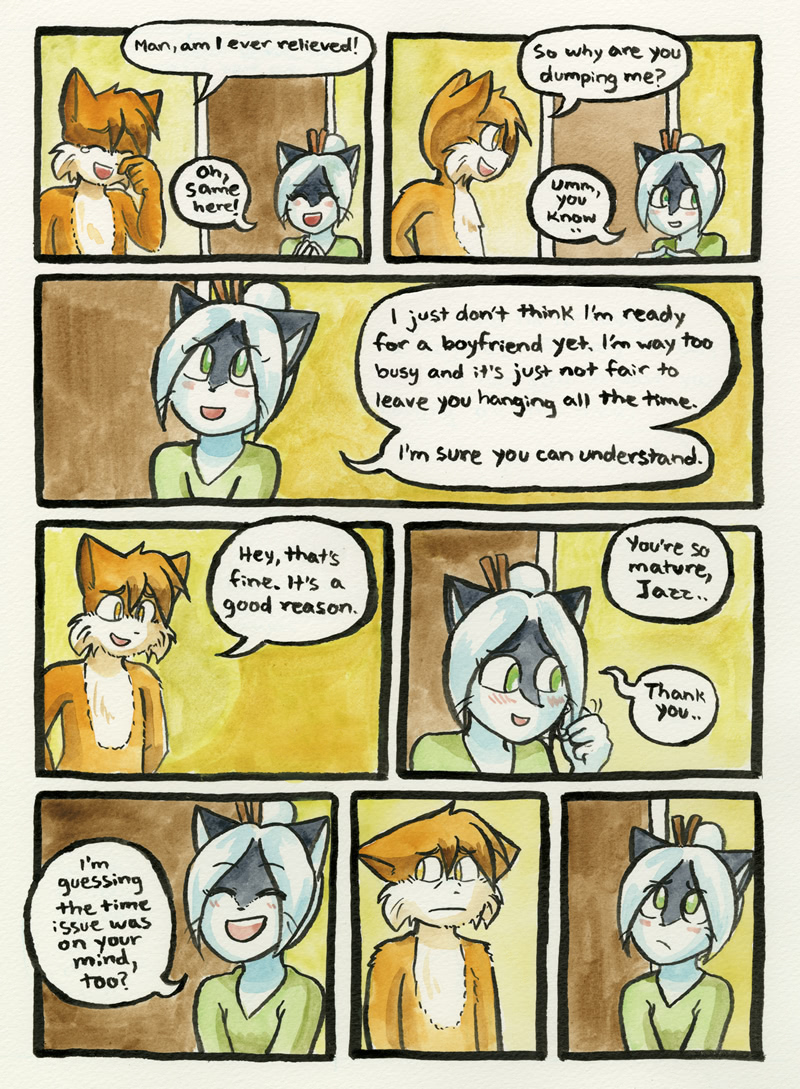 Her maturity is a beacon to us all. Paulo on the other hand, can’t keep himself out of drama for someone who does not reciprocate his feelings. You blockhead.

Also it looks like not even Jasmine could avoid the drama forever. Jasmine was so great at diffusing drama filled situations, like in Back and Forth, but now it looks like the drama finally caught up to her. Paulo just be honest with Jasmine and walk away already.

I just wanted to point out that out of the entire BCB cast, Paulo is the one who has emotionally matured the most since the beginning of the comic. (You might say Abbey, but he was already mature) I like Paulo’s entire character arc so far, even when he hasn’t known how to handle all his conflicting feelings.