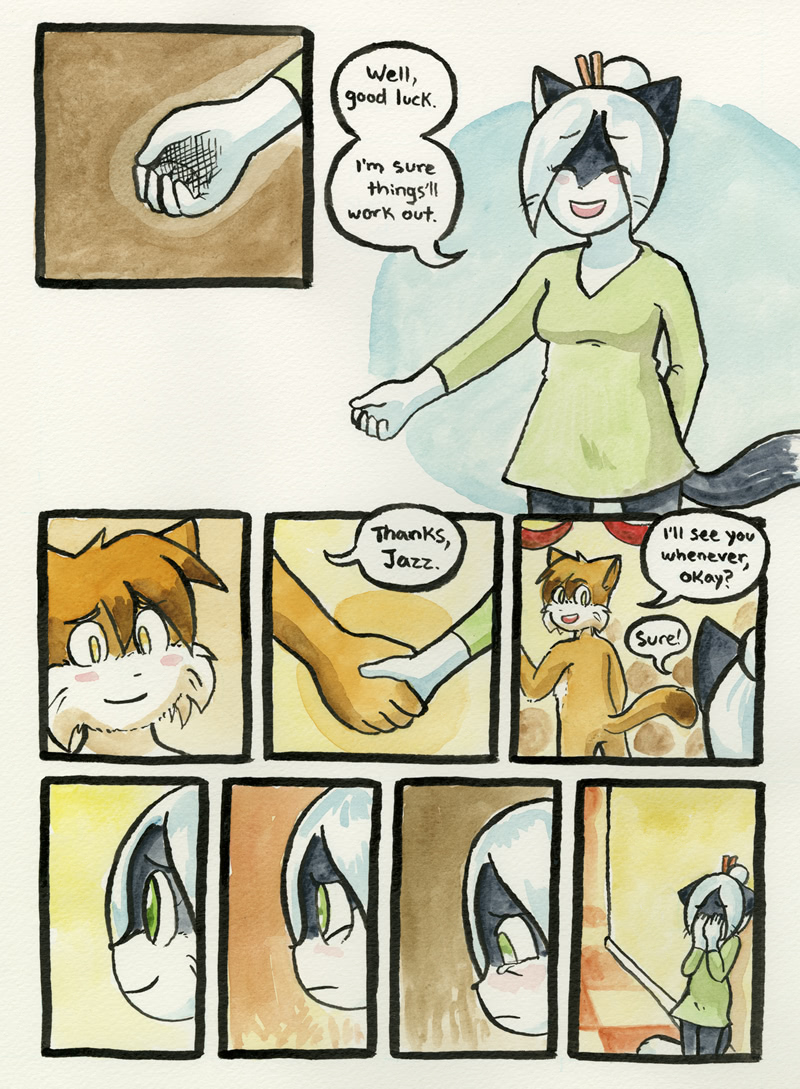 Veronica: what a beautiful break up

The best break up in this comic so far and it still makes me sad. Jasmine has feelings for Paulo, feelings he just doesn’t have for her. They handled this break up in an incredibly mature way and it is for the best, but knowing this doesn’t make it easier. I hope Jasmine could find that special somebody in her life.

Eh, she’s stong, she’ll get over it, a bit of crying and support from her friends, she may like Paulo, but I don’t think she’d quite like Daisy and Lucy who will get all upset over one guy… course, what do I know?

So, Jazz really had feelings for Paulo. Truly, she is a woman among girls to put Paulo’s feelings before her own feelings. Even more, she didn’t burden Paulo with her feelings and essentially let him off the hook.
Ah, this feeling it is a good one; when someone places others before them. What’s the word? Ah yes, it’s *sacrifice* without praise or reward; a noble tip of the hat to the better qualities of humanity. Such a crisp word sacrifice is in this case, especially when most of the characters so far have just been stepping over each other’s tails for their own feelings.
It’s only natural to feel some remorse after a breakup; Jazz crying shouldn’t be unusual. The difference is that I bet she’ll be able to move along in time, whereas Lucy is stuck in a loophole obsessing for Mike.
Jazz is a good person and I think she’s a lot stronger than most people give her credit for. I mean, what takes more strength: letting go of something or holding onto something? I hear addiction to things, be it love, drugs, food, money, and whatnot has led to the ruin and deaths of many individuals…