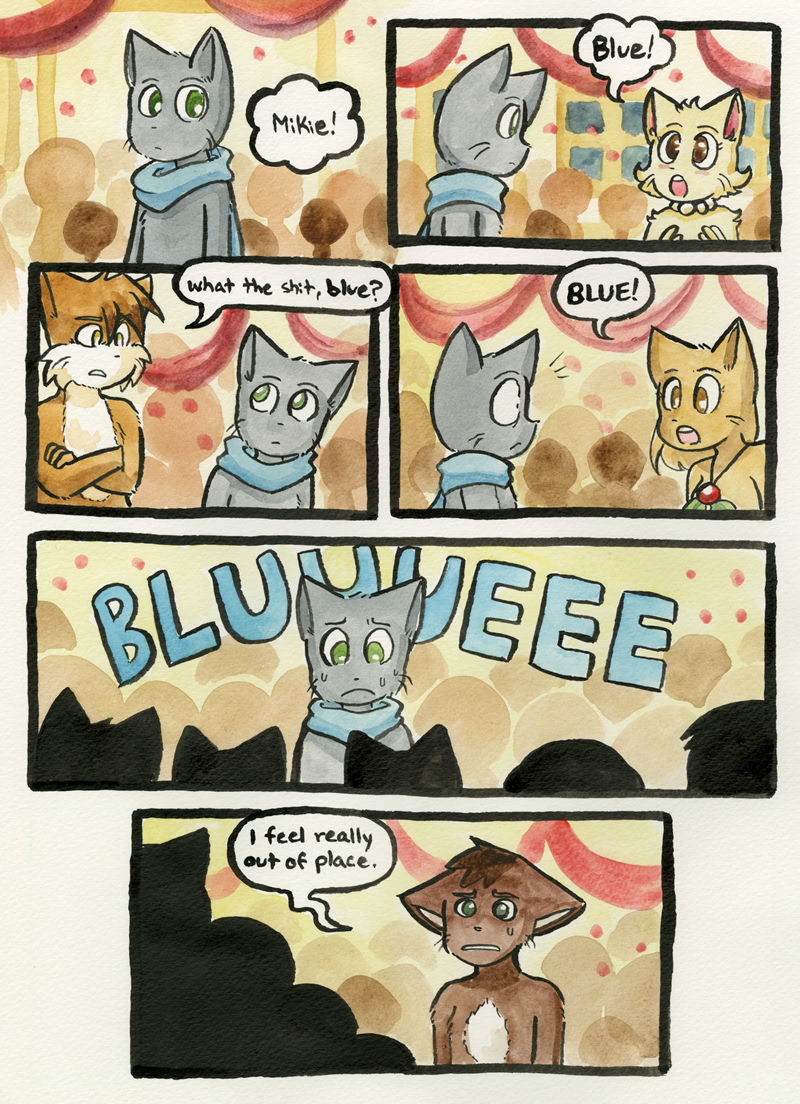 People making comments about how they don’t understand the importance of Mike’s blue scarf makes me wonder just how many of them actually read Bittersweet Candy Bowl from the beginning?

Regardless, poor Abbey! Only showing up in the storyline much later! Perhaps they will explain to him in the next page… and perhaps inform our misunderstood readers as well. lD;

And Nikita, it’s called humor of the page. Just saying plain ol’ “Hey you got a blue scarf!” isn’t as comical as “HOLYCOWBLUE 8U”

Welp. I just noticed Paulo’s looking more and more like his dad every time we see him. That kid’s hitting puberty like a freight train.

I think Mike should own a black scarf to match his soul.

Though I suppose all of them would freak out if lucy lost her bow or Daisy stopped wearing her pearls. Hahaha it’s the trademark gear that freak people out. Or maybe everyone thinks Lucy is back with him? No one knew that the scarf had to do with Sandy’s bow other than Mike. He never told anyone, so everyone assumed it was related to Lucy.

In all seriousness though, I think people are actually that attuned to minor similarities in the features of their friends.

Also, I feel like their should be more santa hats or christmas gear. Come on Taeshi, haha what kind of Christmas party doesn’t have at least ONE person in a cheesy lame sweater? Tis the season!