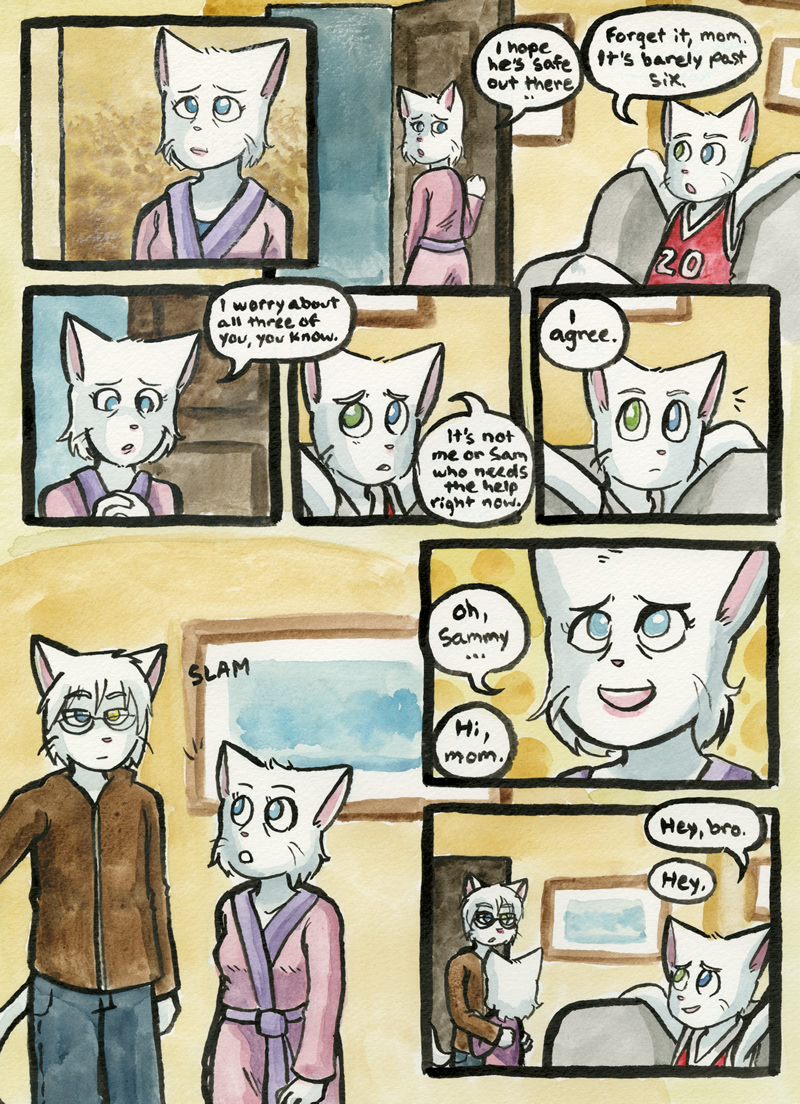 Veronica: Aww, the gang’s all here!!

Sam knows?
Mike better thread REALLY carefully now, because he’s most likely the one Sam would first suspect to be involved.
And if Sam and Jordan even talk the slightest about it with each other, then Paulo is also in trouble, though to a less degree.
And since Paulo (and Sue and maybe some others) suspect Mike to have some sort of involvement in Lucy’s absence from the Christmas party, then Mike’s also having it coming for him there (except for Daisy and her obvious ladyboner for him)

My guess is that all the main characters are going to be featured, and then they all end up at a party or something. :L
I’m pretty sure Taeshi was kidding about the David chapter, guys.

Sweet, Lucy, Sam, and Jordan’s(s’) Mother is not in a flashback or in imagination. An actual moment where she is in the flesh.

At the start of the chapter I didn’t know what would it be about until I was told it would be about David. He seemed to have less problems than the others. Whats this going to be? An Adventure? Or is it a character development…. We’ll find out soon enough.