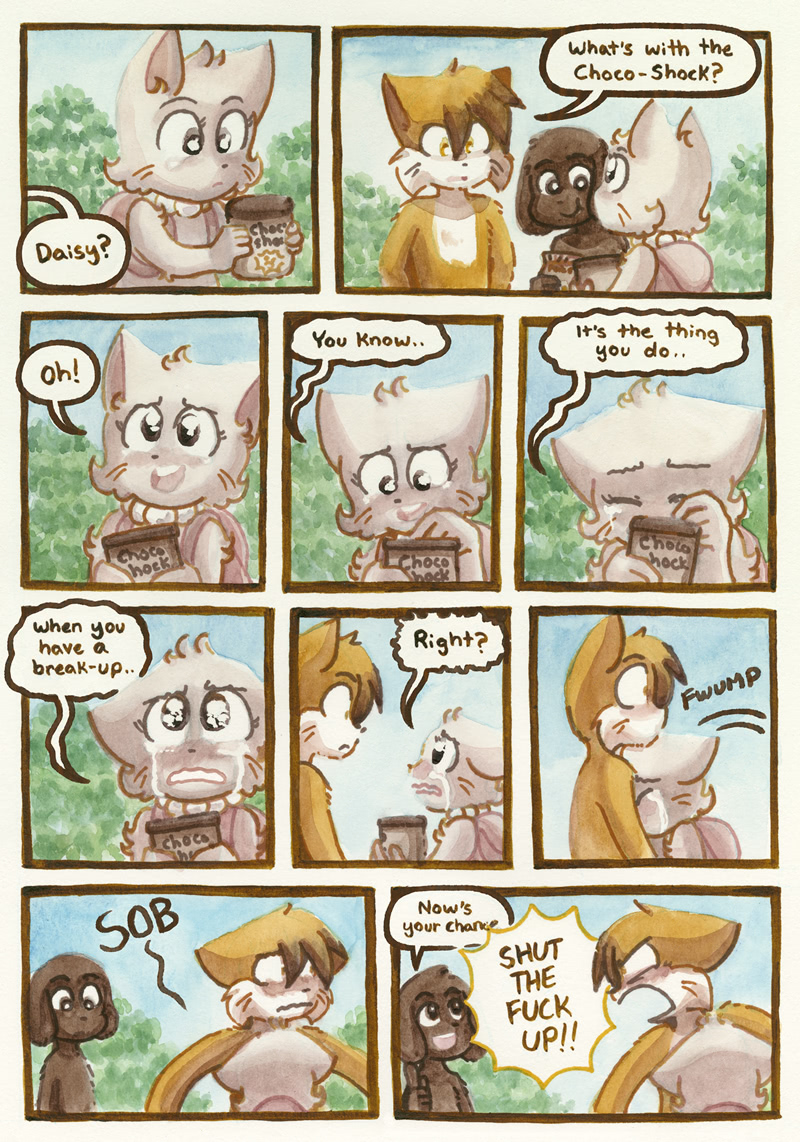 David, I know you’re Paulo’s right hand man, but … learn to read a situation, for crying out loud

I really hope Paulo is not going to:
a) make things worse by getting into an awkward situation with Daisy
or b) Jump on Abbey right away.

Pretty much all we can do at this point is just sit back and ride this rollercoaster, wherever it may take us.

Maybe David doesn’t care much for Daisy? He’s too carefree to show any outward dislike or something. … I don’t know, we haven’t gotten much in depth David so it’s hard to pick at his brain. … So I guess Daisy took it as a break up instead of Abbey walking away to keep from getting hurt further, or maybe it’s both. It’s hard to judge these situations without having it straight up being said.

This is typical of a break up though, friend bumping into broken hearted friend. Broken cries onto friend’s shoulder. Wheels begin to turn. Anger begins to rise.

I just really hope Paulo sticks to a supporting role to Daisy and maybe words of wisdom … instead of foaming at the mouth, attacking Abbey. Daisy and Abbey need time to get their sh-t together and figure out what they want. Sometimes you realize that you really do love a person after you’ve spent time away from them, sometimes you realize that you never did and it’s best to move on … or you simply find that there is potential and that love has the possibility to grow and develop healthily. Other times … like I so often see … it’s just bitterness and disdain for the other.

I love how this lands right on Valentine’s day. I do so enjoy irony.

i don’t think Paulo and Daisy are going to frickle frackle for those who are worried - its pretty definite they have a brother-sister relationship, and Paulo would never take advantage of a vulnerable girl as we’ve seen before.

Also, people calling her insecurity issues stupid - When you have psychological issues, they don’t have to make sense. You could have many friends who love you, but you still feel worthless because that’s how you perceive yourself. It is something she needs to work on, but at the same time its not her fault. It kinda annoys me that Lucy is violent and nasty as a result of dependency issues, and she gets excused for it, whereas Abbey, Daisy and Mike all have issues too but they don’t.