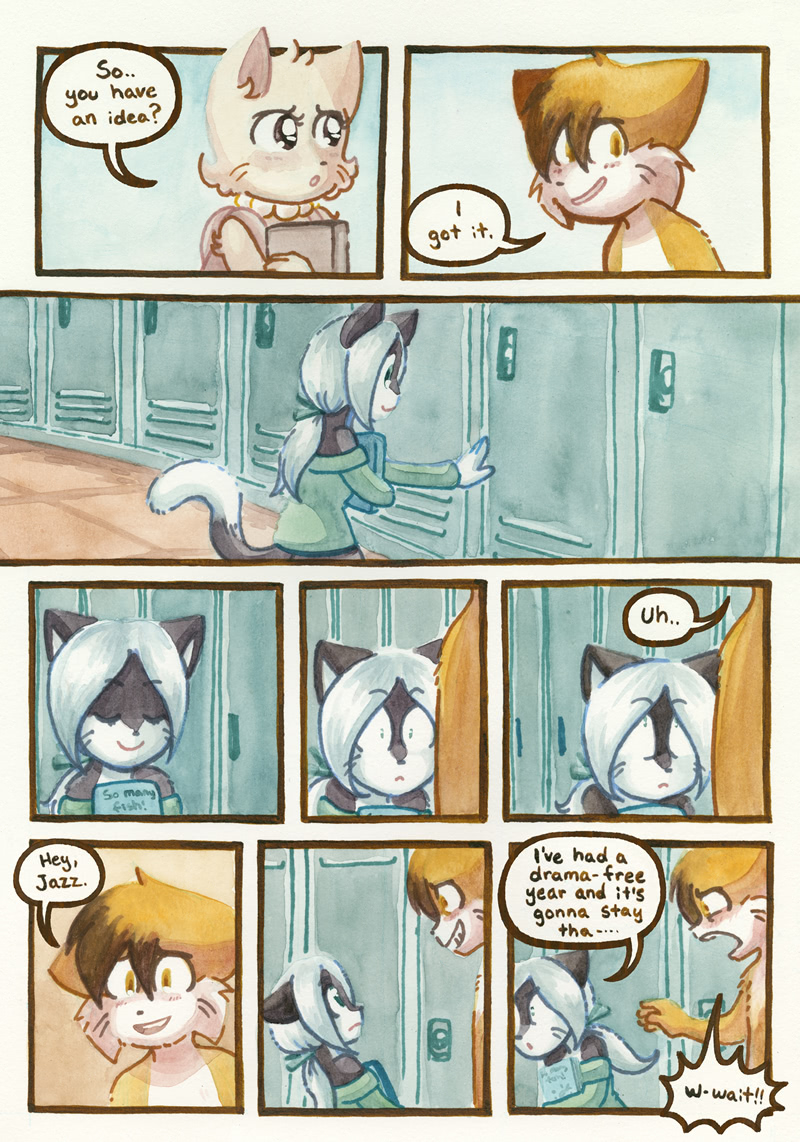 Veronica: Hey, it’s been a while since I’ve seen you! How’ve you been?

I love how she responded to him.

Jazz is an apprentice to “The Way of The Sue”.
I support Jazz in her approach. Paulo got with her and just when she was getting comfy, he broke it up on her at a party, because he was still all over Lucy’s ass.
However, Jazz was going to break up with him too, but she handled it well nonetheless, saving face until he left instead of being dumb about it.
Paulo is also full of drama and that’s been scoped out with the focus he’s been getting lately in the comic. Hell, I think Paulo might even be in a legit rivalry with Mike for “Drama Queen of The Comic”.

Jasmine has her immature moments but so far she is the most mature out of the cast to me.