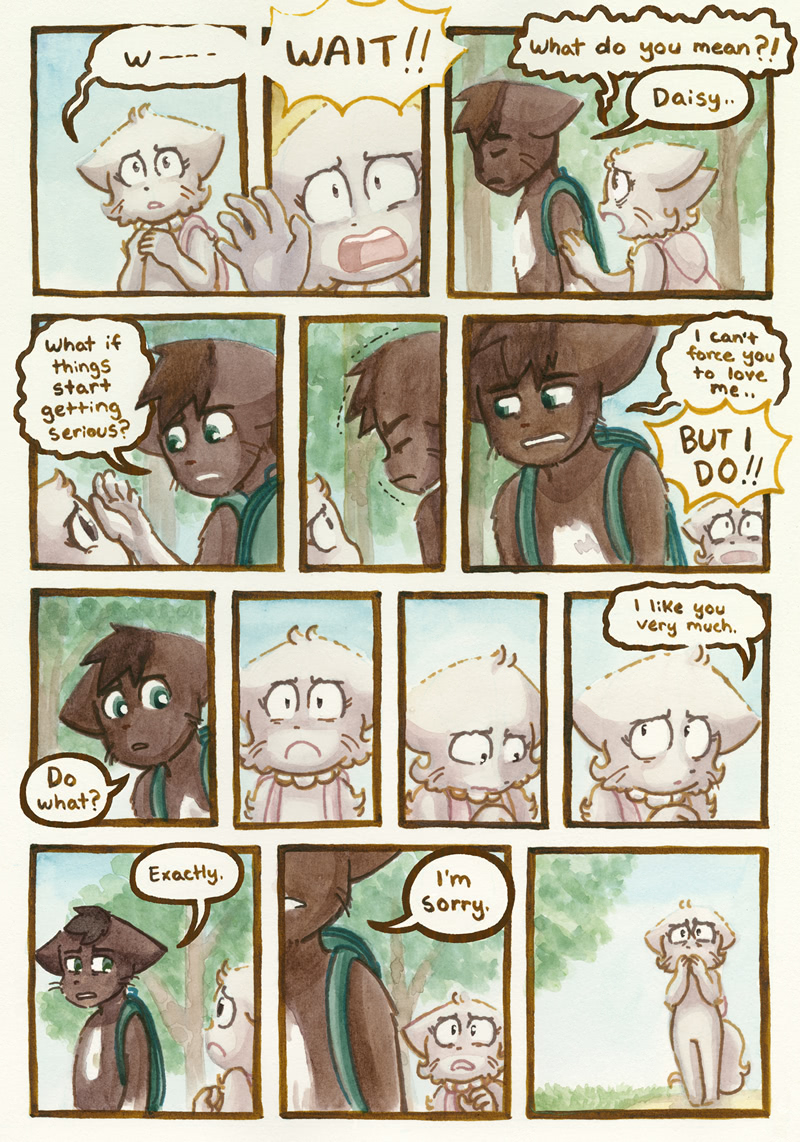 You couldn’t even say you love him to HUMOUR him? That’s a problem lol

it may be easy for Daisy or any girl in a relationship to forget but:

boys have feelings too, and they don’t appreciate being in a relationship where the girl is still crushing over someone else, i’m with abbey on this one

Taeshi, your art is just absolutely perfect. Both Abbey and Daisy have expressions full of so much emotion.

They make me really sad. Daisy makes Abbey so happy, but I don’t want her to be with him if he knows his feelings aren’t exactly mutual… Daisy is a nice character, but she can make me so angry.

Abbey loves her very much, but all she can say is that she ‘likes him very much’ which isn’t good enough because it’s just making him feel like she never loved him like he thought. In my eyes, he’s just her rebound to try and get over Mike, which isn’t going to happen unless she realizes that as long as Mike is with Sandy, then she has no chance and she should forget about him in that way and try to patch things up with Abbey, the one guy (who wasn’t creepy) who truly loved her.

I doubt Augustus has a chance with her unless she’s so distraught she does something stupid and goes off with him.
Even Lucy advised her not to hurt Abbey because of her crush on Mike.