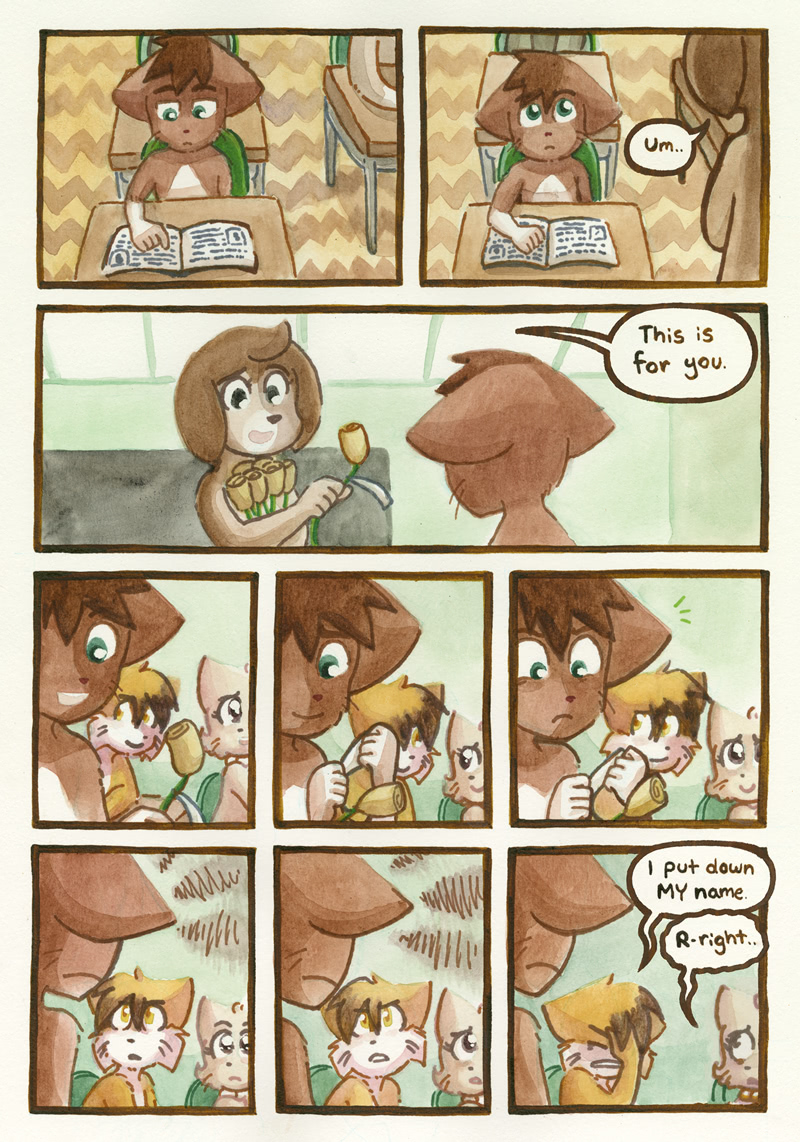 Well, it makes sense if you think about it.
Paulo has secretly been hounding after Mike throughout the entire comic and he’s gotten close at times, but like Lucy, I think he’s finally trying to put Mike behind as a lost cause.
It’s little surprise that Paulo is now going after Abbey as his next potential suitor. I mean he did just break up with Daisy, he’s vulnerable, and Paulo is actually deep down a very sensitive guy.
I hope it works out rather well for those two lovebirds.

Daisy wimping out on buying the flower doesn’t entirely suggest she doesn’t care about Abbey, though I will agree certainly that if she were more serious about getting back in his good books, she screwed this up by not doing it herself, and relying on someone else to deliver somewhat.

Plus with “friendship” flowers, I think the best she can hope for is that regardless. She’s not acting like someone on cusp of a breakup they care about really. My vibe from all this is that she just wants Abbey to be her friend more than anything, maybe that would of worked if she’d brought her flower. But I think Abbey’s going to be even more upset that she can’t even muster up the effort for this. In trying to fix the situation, she’s maybe made it worse with her lack of action (as essentally, ironically, the flowers may of well been from Paulo anyway considering the effort he put in)

Now Abbey likely thinks Paulo’s pranking him, and Daisy egged him on. I wonder if his insecurity regarding Paulo’s relation to Daisy will crop up here too?