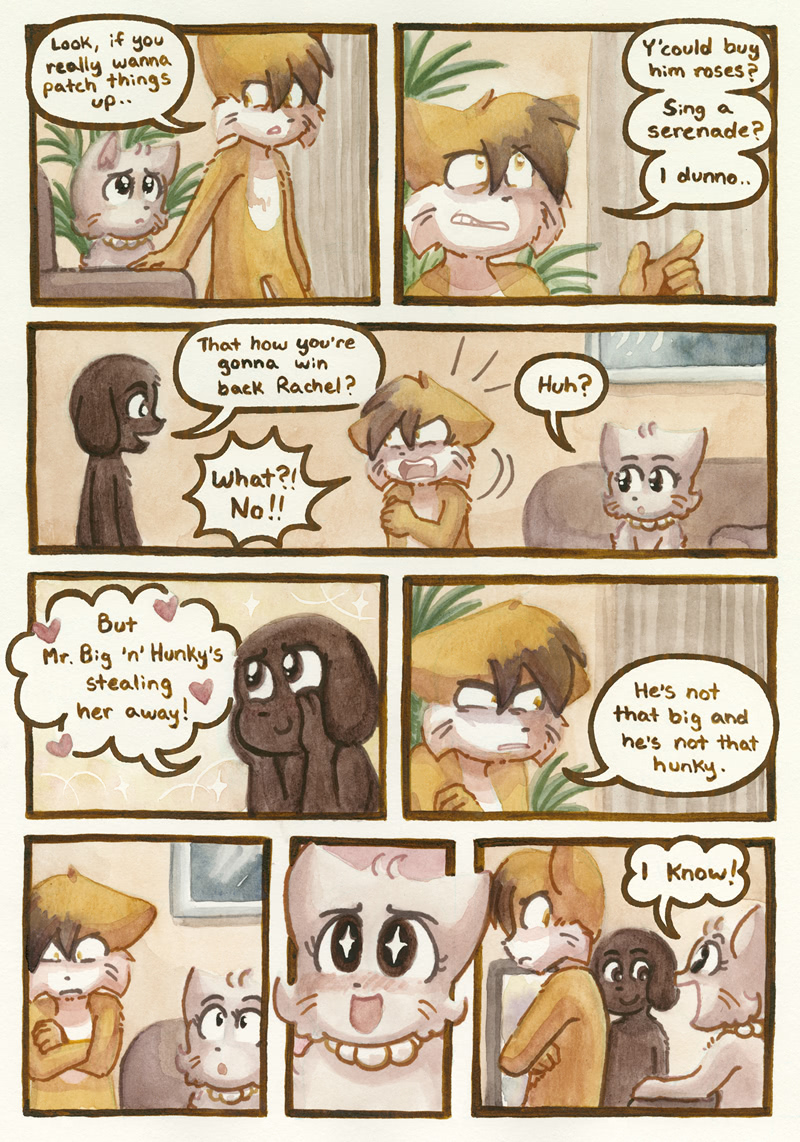 Veronica: man after the way you acted during Rachel’s party you have zero right to be jealous of the guy who GOT YOU TO CONSIDER HER FEELINGS ON HER BIRTHDAY AND NOT RUIN HER BIG DAY LMAO

Aww daisy, even when your sad you try to make everything better.
I think she is going to tell him to make a romantic gesture, such as flowers or a movie.

Or he could confess his feelings for her, leading to a Disaster Dominos scenario. Yea, that wouldn’t be good. but it would fit for the tone of the comic. We should all be grateful we have david for the comic relief, I couldn’t live without that.

P.S. I love the new art style, keep up the good work!

I don’t see Daisy going for the whole “pretending to be Paulo’s girlfriend to make Abbey jelous” solution.
1 - that would be cliche, and Taeshi’s really good at avoiding cliche’s and taking the story to unexpected places.
2 - the problem is that Abbey feels unloved and like the silver medal, and Daisy knows that - she lacks common sense sometimes, but she’s smart enough to know that this will only make things worse.
3 - it seems really out of character for both Paulo and Daisy to pretend to be into each other to get Rachel and Abbey back (even though Rach probably isn’t doing anything).
If they DO though, It would make me think a lot less of both of them.
I like Paulo, but he’s pushing it lately, and I love Daisy but again, she has some faults she really needs to work on before she ruins things for herself, and she’s at the perfect age to do some soul searching.

A lot of people think Daisy has come up with the idea that they should pretend to date. I don’t see Daisy as someone who would come up with that idea, much less try it, but we will have to wait and see