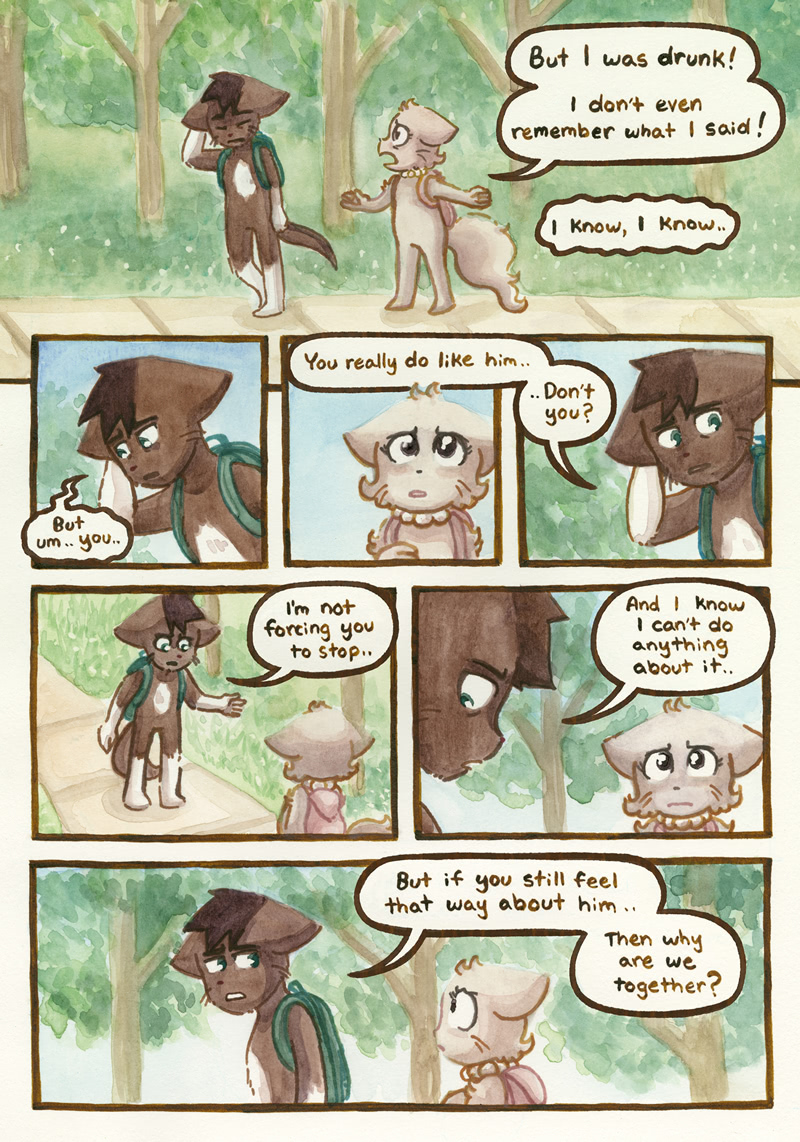 Veronica: I guess Daisy has done a pretty good job of hiding her pretty rabid ongoing crush on Mike if it took until NOW for Abbey to feel threatened by it.

Then again, Daisy is incredibly affectionate to everyone. Abbey didn’t realise her affection for Mike is very much driven by her feelings for him, rather than just trying to be a cool platonic bro to everyone.

“I’m not forcing you to stop” but you kind of.. technically are, you’re questioning the livelihood of the relationship if Daisy continues to have feelings for Mike.

.. Not to say that’s a bad thing! But you need to be upfront about that boundary, dude!!! Don’t try to sugarcoat it!! Stand up for yourself!!

“But I was drunk” is not an excuse that holds up in court.

She was clearly willing to go the same distance with Mike, once upon a time. Physical intimacy is NOT a clear indicator of devotion or love.

And for all the people claiming Abbey’s the mean one here… think of how you’d react if the genders were reversed, and it was a girl wondering if this relationship will work as long as her boyfriend wants another girl. You’d be up in flames over it.

People aren’t their genitals. There’s more to a person and their choices than just their gender. In Abbey’s case, it is likely a combination of suppressed rage and witnessing just what adultery can do to a relationship that is driving him to back away.

In a sense, he might be trying to protect Daisy as much as he’s trying to protect himself. Besides, look at his face through this whole conversation. He’s clearly miserable just CONSIDERING the prospect of Daisy leaving him. But he doesn’t want a sham of a relationship.

And honestly, I applaud him for meeting the issue the way he is. No shouting, no anger, just a gentle question. And frankly, one that deserves an honest answer.

What people seem to have trouble grasping is that everyone wants something different from a relationship. Some people (like Rachel) can handle multiple relationships, while others (like Abbey) want to find someone who’s devoted to them, or at least, only likes them (romantically speaking).

I think for a high schooler, he’s being very mature about this. His feelings are totally valid and if he doesnt’ want to share Daisy’s heart, that’s alright. Not everyone likes being second fiddle.