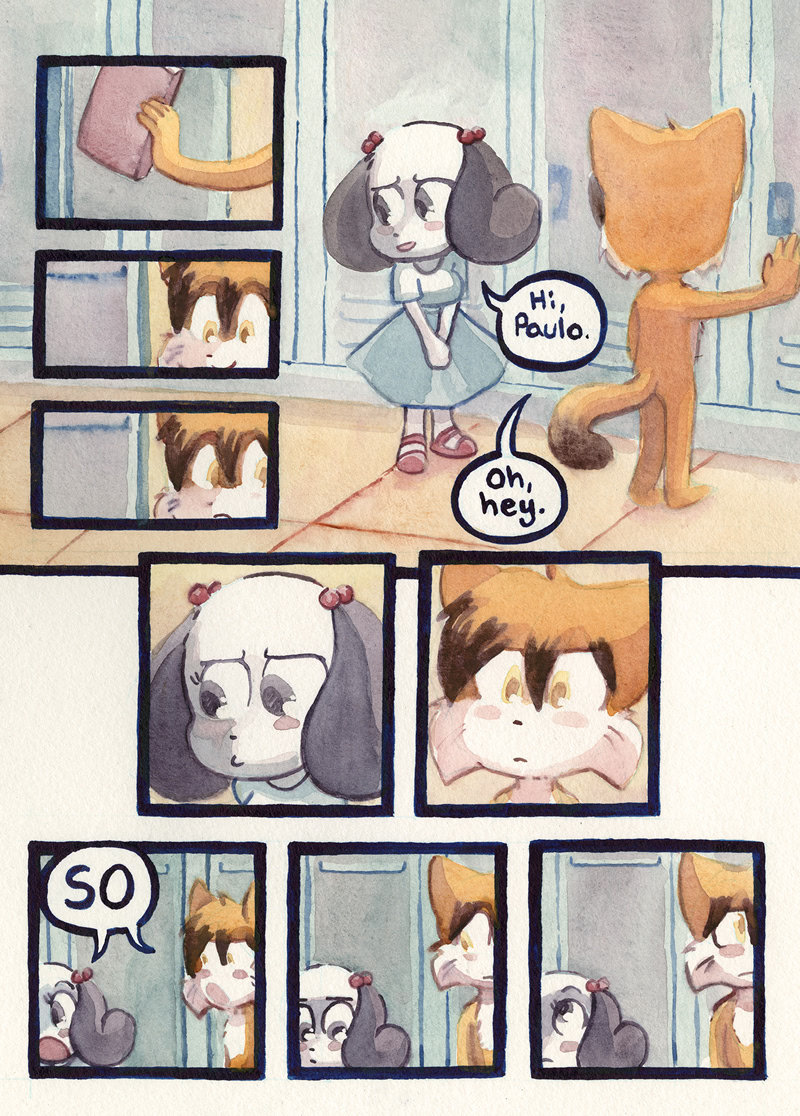 Veronica: A new chapter, and this one’s a little longer for a change. Trying a few new techniques and using the downtime between now and AWA to build buffer!

I think it is quite possible that Rachel has the inability to never be cute.

@AngryBunny Honestly, I believe that there are lingering inconsistencies and we are still working on figuring out the exact size of these characters. They need to be practiced, but I’m not sure if anyone realised but Vero has had no time for practice as the buffer has been at 0-3 pages ever since the new style began. (The comic might update like clockwork, but that’s because there’s two people scrambling behind the scenes, often up to the last minute.)

This current chapter takes a few shortcuts (namely, no copic markers) to get the production time down, which should hopefully lead to the possibility of more time to nail down the proportions. It won’t be perfect until then, and we’ll just have to weather the comments. But I hope anyone who sees what I write understands this and can be understanding of what causes some of the fluctuation — the comic pages themselves are where Vero has had to experiment, which is a tradeoff we made to ensure the comic never missed an update.

Separate to inconsistency of sizing, I know a lot of people are simply more OK with the old style than we are. We think the old proportions look bizarre, now! But we also think the art style of a bunch of things readers like is pretty icky, so it’s just a difference of taste. Unfortunately that’s not something that’s gonna change, and we’ll work on making BCB as nice-looking as we can.