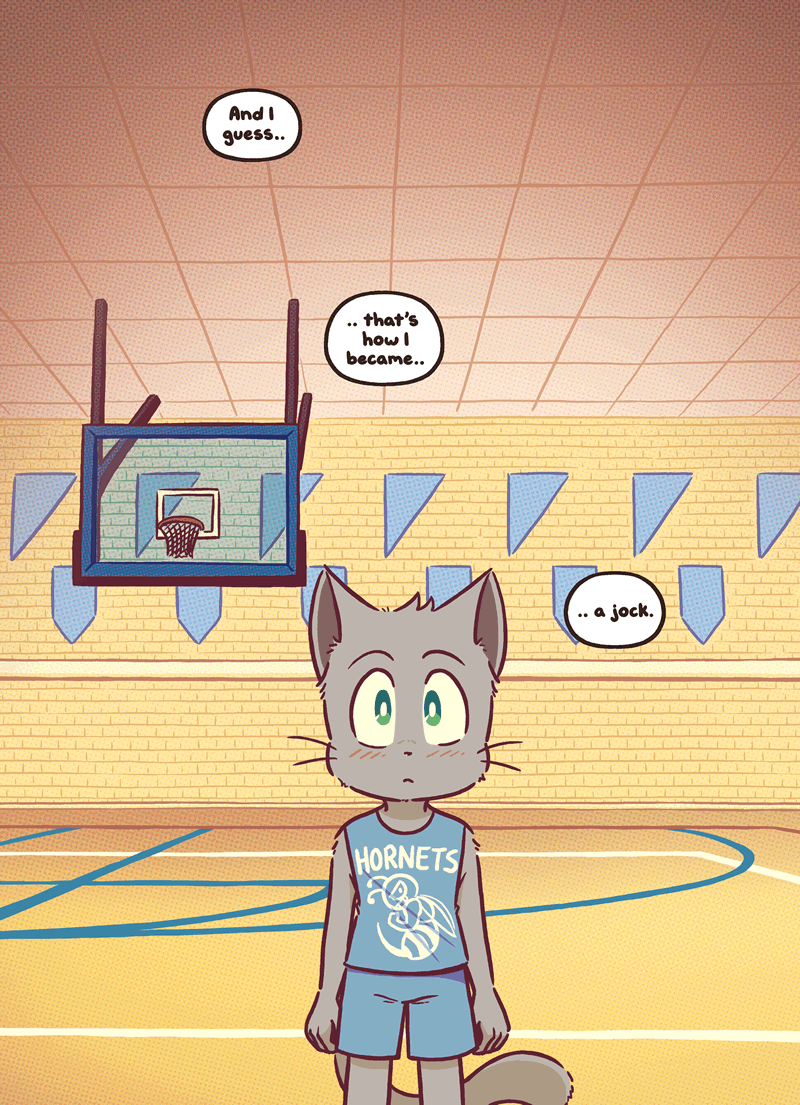 Veronica: Time to stuff some nerds into lockers

This is so funny he just fell into it

Eh something to distract him is healthy

This'll be good for you Mike! Get you out of your own head and also interacting with people not related to all the drama you've been stuck in for years.

Oh this is really getting good. I welcome the new story elements with open arms.

I can't say for sure, but I think "Old" Lucy would have made fun of him to the point that he wouldn't check it out. She used to be a little allergic to vulnerability.

They're comfy and easy to wear!

the makings of an all star athlete

He looks like a dork and I love it

"You may be wondering how I got into this situation."

mike doesn't seem like the type to handle physchal contact or damage much, james and the track team should have thought about this or dug deeper into mikes ''durability'' and ''endurance'' stats as much as they did his ''stamina'' stat, but hey these are teens we are dealing with.

nope, but i do remember a fight between lucy and alejandro, but i wasn't there to see chapter or it was done before i knew of this series.

The heck you talking about? Mike is the opposite of physically fragile. One of the biggest themes of his character progression was the fact that he was a literal punching bag for Lucy, and he just rolled with it until Sandy pointed it out for the abuse that it was. Coupled with the time he fell off a cliff to save Lucy, as well as the aforementioned Alejandro fight, (though he WAS drunk for that one, iirc) I don't think Track & Field is going to be pushing him more than he's physically capable of.

Yup yup. It's been a consistent aspect of his character since volume 1. He raced a LOT in his childhood, primarily against Paulo and Lucy iirc, and rarely ever lost.

I guess I forgot about that because it was so long ago both in timeline and in publishing. Also if James has been at their school for four months, when has he seen Mike run? Hasn't Mike been too depressed or involved in other things to do running?

What a tease of a page. I love this.