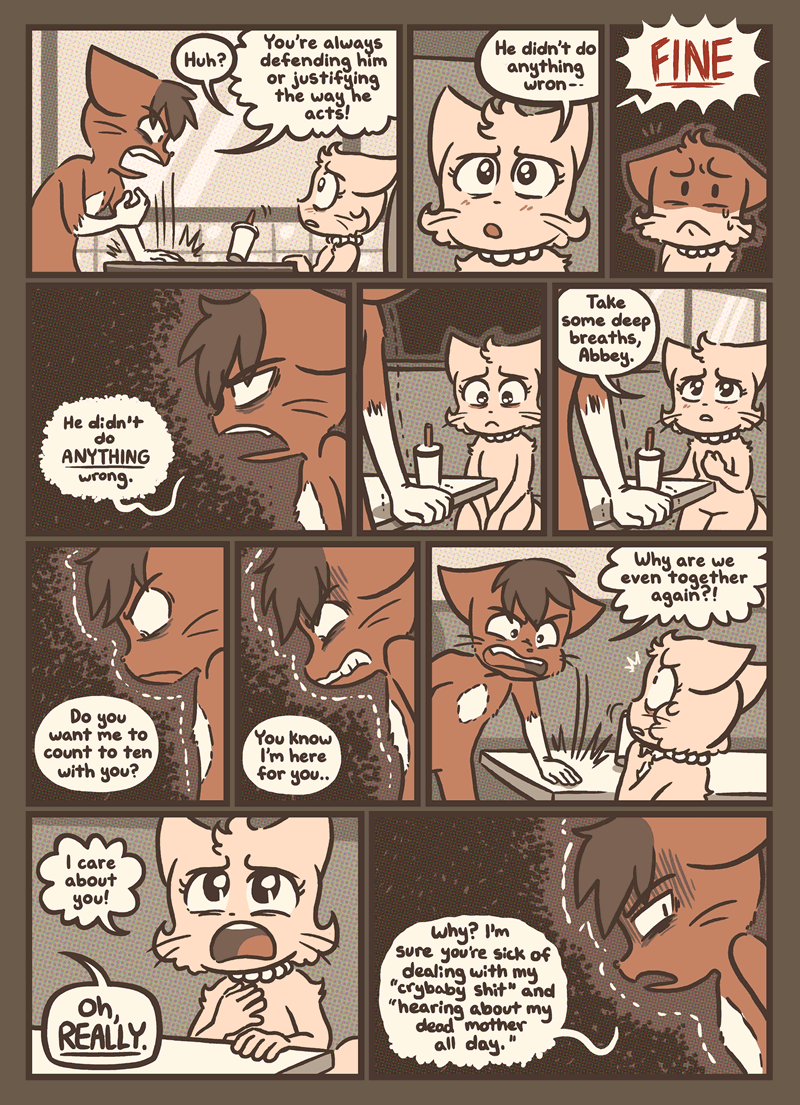 So when Abbey screams at girls it’s abuse but when Lucy screamed at Mike it was comedy? o.O

he has points, but this wasn’t the time nor place for it.

And boom goes the dynamite! At least the fact that Daisy’s reflecting on this part means she finally did realize that there was something wrong.
It’s just like with Mike in December; hold the wave back long enough and it’ll eventually explode itself out, sometimes even with passionate words that you might come to regret later.
His explosion is definitely over the top, but it’s just the result of his having tried to ignore Paulo for Daisy’s sake, and being frustrated that she’s clueless about how much it’s hurting him.

Wow, poor couple! Abbey is too stubborn for Daisy, and she is too kind for him.

Good. They need to talk about that. Daisy just sat there and even rolled with it when Paulo was harassing Abbey in front of the entire class. That’s not cool.