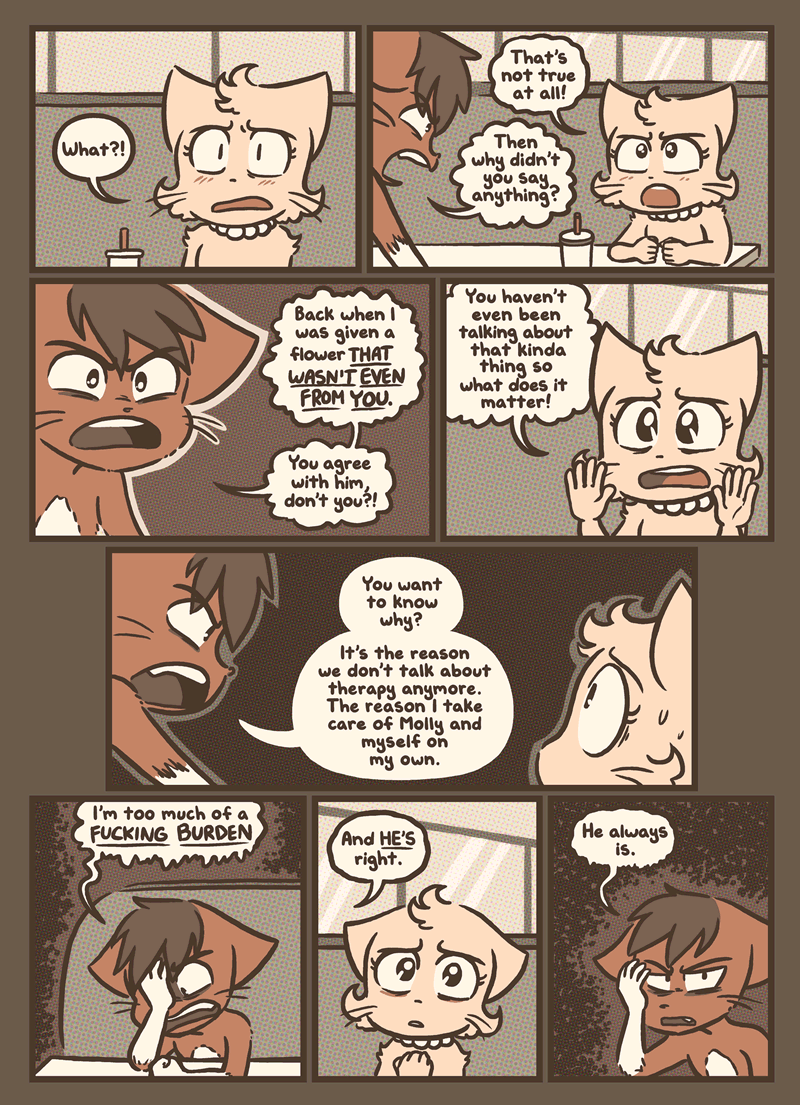 Veronica: paulo would do well in jeopardy because he is always right

If she told him she liked chocolate, or just ordered it every time they went out to eat, where the hell is he getting ‘strawberry’ when ordering for her? Maybe he doesn’t care enough to remember her food preferences? Or is it that she orders something different every time and this is an honest mistake? Paulo is a dick for pointing it out like that anyway.

Yeah, well, as for what Abbey is saying on _this_ page: poor, poor Abbey :(

Jesus Abby man the fuck up.

Paulo’s rude, but he doesn’t know what’s going on w/ Abbey. And Abbey’s projecting again. He needs to talk to Daisy.

I was about to give Abbey his first “good boyfriend” point for dealing with Molly alone and taking some of the burden off of Daisy, but now he’s using that against her, so WHOOPS I’ll just take that gold star right back.
I can’t even tell what he’s angry about anymore. Is he mad at himself for burdening her? Mad at Paulo for putting it in the spotlight? Is he hypocritically calling out Daisy for not trying hard enough? For not chasing him down after he dumped her? That’s it, isn’t it? He still thinks she hasn’t earned him. Daisy hasn’t earned the privelege of being Abbey’s security blanket, she needs to give more, she needs to work harder, she needs to sacrifice more, to earn the right to be constantly on-edge and stressed out.
This is getting embarassing, man. Reel it in, rabbit-ears. You can’t just tell people to be whatever you want for you. The hell have you done for anyone lately?