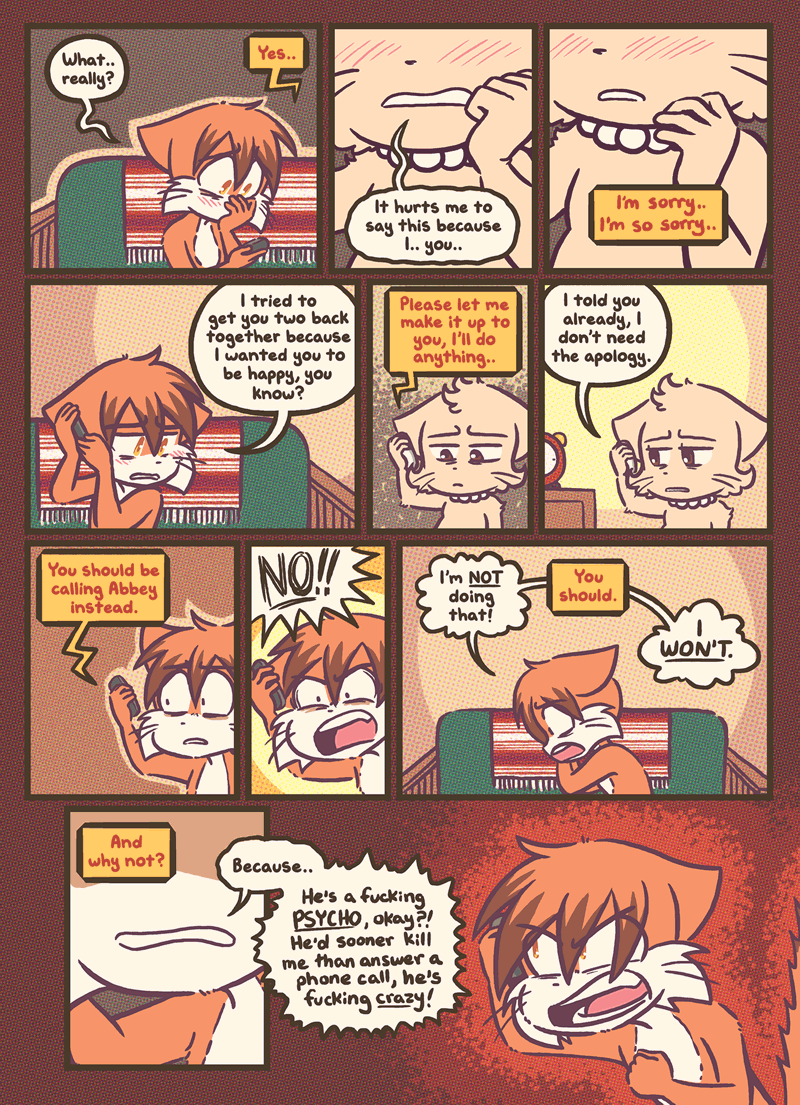 Veronica: Abbey has the ability to stab through the phone you know

YEAH PUT HIM DOWN. If he does tell her, I bet she won’t believe him

I hope to jeebus he’ll say it to her…! Kailee I’m going to scream if he doesn’t or she doesn’t believe him! D:

Paulo didn’t do anything to keep them together, liars. Paulo’s a dick, then says he was supporting them? No. He’s GUUUUUSHING irony. The only psycho is him. He crossed her relationship b messing with Abbey. All the Paulo fans are screaming for any beat up on Abbey. No one even saw that Paulo made hm so angry. Don’t play ***hole, then freak out when people throw you away. Like he’s trying to cover it up with “It was just a prank, bro”. Time to face your adopted personality, Paulo.

Talking is how you solve this, over the phone is even better becuase he won’t lay a finger on you and there’s a better chance for comunication
A little talk can help Abbey answer for what he did at the con, and for Paulo start making ammends for all the bullying he did, this stubborness about not talking to him will only make things worse, lack of communication is what started this whole mess to begin with
This is gonna be Mike x Lucy all over again :/