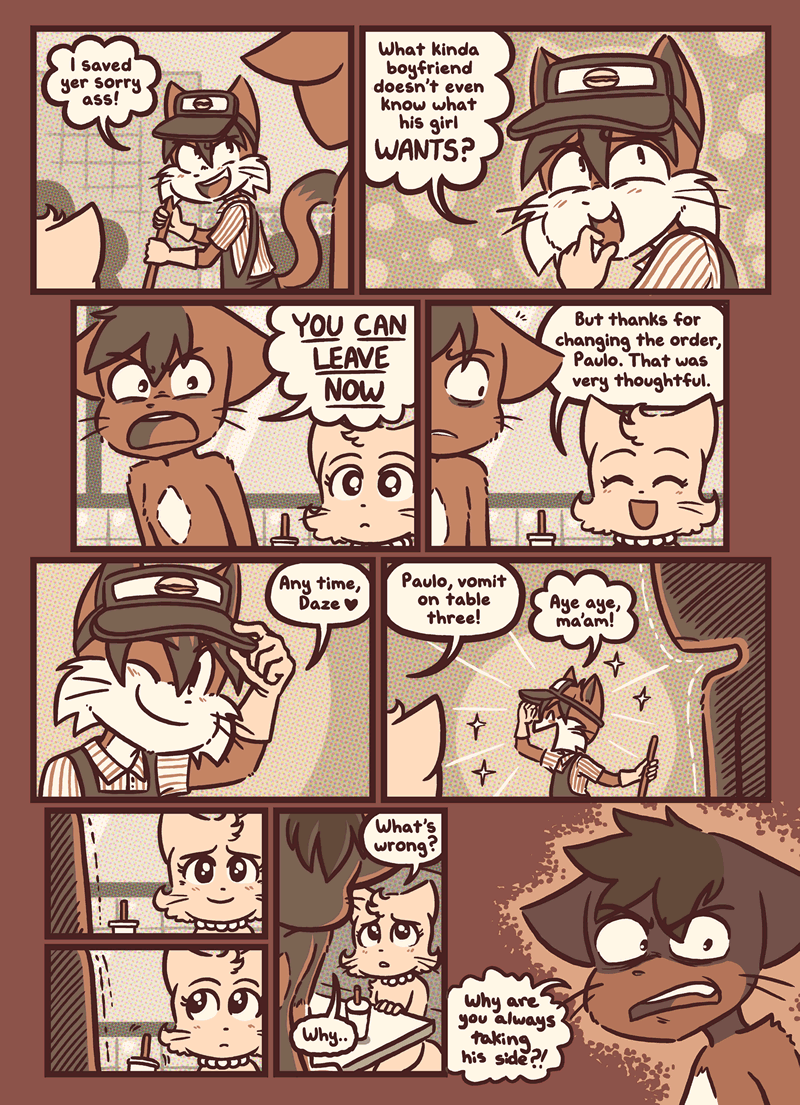 Veronica: Not looking too happy there, Abbey

IT’S BECAUSE SHE WANTS TO RIDE HIS DYNAMO DONG

Okay Abbey needs to chill. He is way too sensitive. It was just a joke and it WAS thoughtful. Paulo knew Abbey had made a mistake and fixed it so that Daisy could drink her favorite milkshake. To me this just seems like Abbey is a jealous overreacting boyfriend. Abbey is reacting like Paulo somehow is specially a jerk to him or hates him or something. Or like Paulo did this to humiliate him. I’m pretty sure that if it had been Mike who did the whole milkshake flavor correction Abbey would still react, he may not lash out, but he would still be jealous. You can’t fool me Abbey, I know your type.
To be honest this is just the way Paulo is!! It’s not fair to act like he is being mean, he is not. He actually just did something fairly nice. Abbey is acting like Paulo has some kind of vendetta against him when it’s clearly the other way around. Paulo acts like […]

…… Okay. So, if Paulo was a bit nicer to Abbey, then Abbey wouldn’t have chocked him. Well, his frustration with him anyway. I don’t think this is a situation where we’re suppose to take sides based on who we think is right, since they’re BOTH in the wrong. Rather, this situation hilights their flaws, so they can either reflect on them or just be given more reason to stay clear of each other. Poor Daisy’s just in the middle of this mess.

Abbey’s has had enough m8s. Plain and simple. Don’t matter how mentally stable, happy, or content someone is. If you ridicule and disrespect somone they eventually lose patience with you and snap. Abbey has not had many good friends and Daisy isn’t exactly a great girlfriend. I know it was wrong and hw shouldn’t of done it, but I understood why he choked Paulo in the bathroom
I’m just surprised people are defending paulo so fiercely. Even if he was “just” name calling, enough is enough. And Abbey has told him many times to stop and leave him alone, that he didn’t appreciate nor found humor in it

Seems like Paulo is used to cleaning up almost-digested stuff.