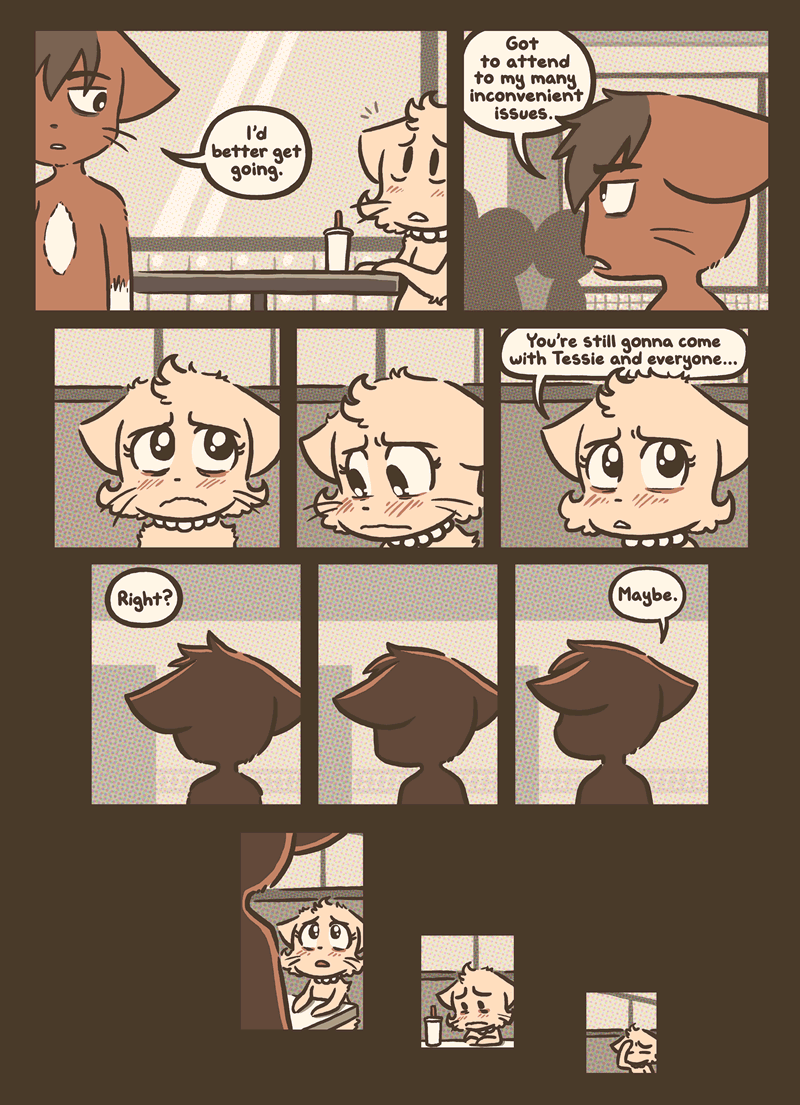 Veronica: daisy i’m sure your milkshake has melted into chocolate milk by now get on with it

Hmmm. Think there’s going to be another flashback to explain why she only got so angry now?

Daisy has been so out of line with Abbey. Slapping him (tbh it looked more like an uppercut) hard enough to leave a mark!!! is never okay, and its obvious that Abbey feels bad about it afterwards too. He feels guilty (by looking away after seeing her angry face) after SHE hit HIM. Hitting is never okay and I thought she would understand that hitting someone who has gone through abuse is more than shitty. And then he asks if he can fight back and she disregards his feelings and stands up for Paulo? She looks away when he confronts her about it, and even changes the subject (Tessa’s outing). Abbey was fishing for her to defend him when he left (“my many inconvenient issues”), but Jesus, she just slapped him and defended his bully. Abbey just wanted a bit of sympathy and it was like Daisy slapped him first physically and then emotionally. Seriously, she should just break up with him. She only cares about

“*screaming internally* DAISY…….”
Very appropriate that this post was suggested for this page. You still have a lot to learn, little one.