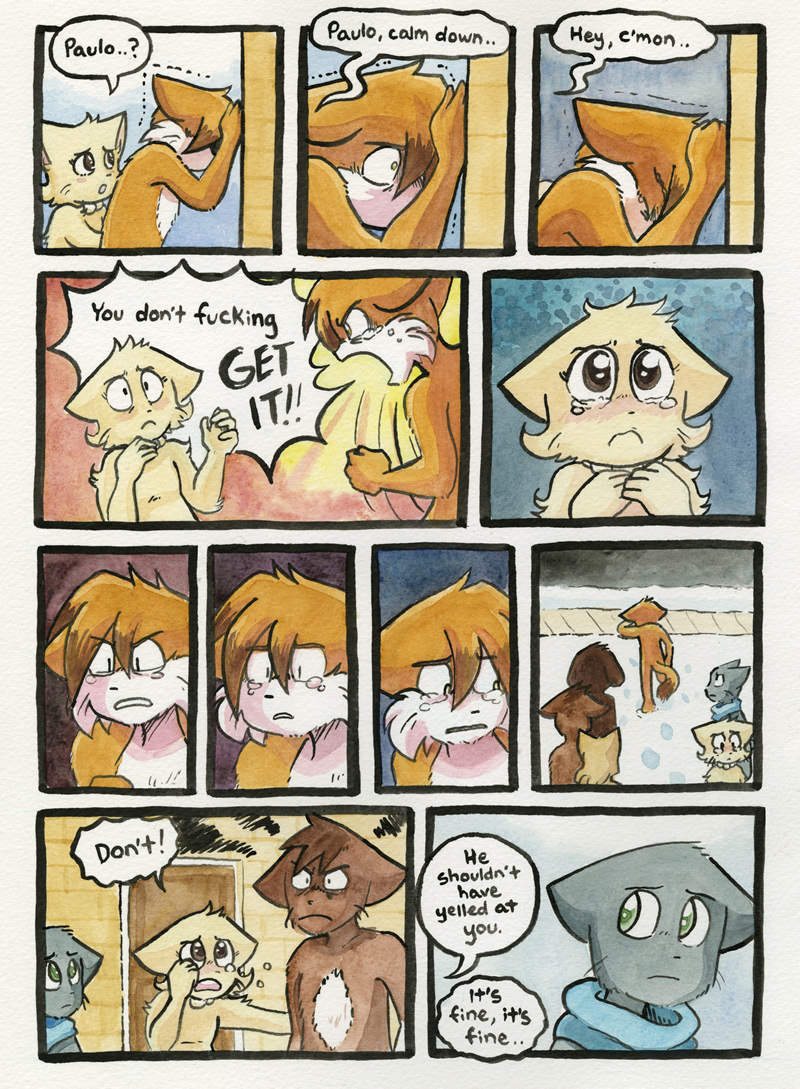 Veronica: This is not a good day at all.

Let’s check the score really quick.
Paulo is devastated and heartbroken, Daisy’s upset because of that/his yelling at her, Abbey is doing his typical routine of getting mad because someone upset a girl (despite the guy being pretty flipping distraught as well), Sue is sympathetic and probably confused, David is David, Jordan is being protective, Lucy is probably gone with no one knowing where she is, bar her family (hopefully), and Mike is either guilt incarnate or just really sorry about what happened with Paulo.
Surely nothing else could possibly go wrong. /sarcasm

I’m sure Paulo will apologize in words later when he’s gotten time to regain his composure, but I just love the exchange between him and Daisy. Not the yelling part, but right after that. They’re really close friends, and it clearly shows right there, even despite Paulo’s out-lash he and Daisy have that silent exchange, she understood exactly what was going on in his heart. Like what Todd said. She got it after that. No Abbey, I understand wanting to protect Daisy, but Paulo’s pretty beat up on his own terms.

Plus, I mean, Paulo letting tears show in front of everyone? Honestly it almost looks like Daisy’s the ONLY one who truly realized Paulo’s pain in this page.

How ironic would it be if all this ended with Mike sitting at the table alone? The group is fracturing already, and they might opt for distancing themselves for a while, whether they know about Mike’s harsh confrontation or not.

It’ll be really interesting to see this unfold from here on out. Good luck at school, guys! And wherever Lucy is, I hope she’s okay too..!