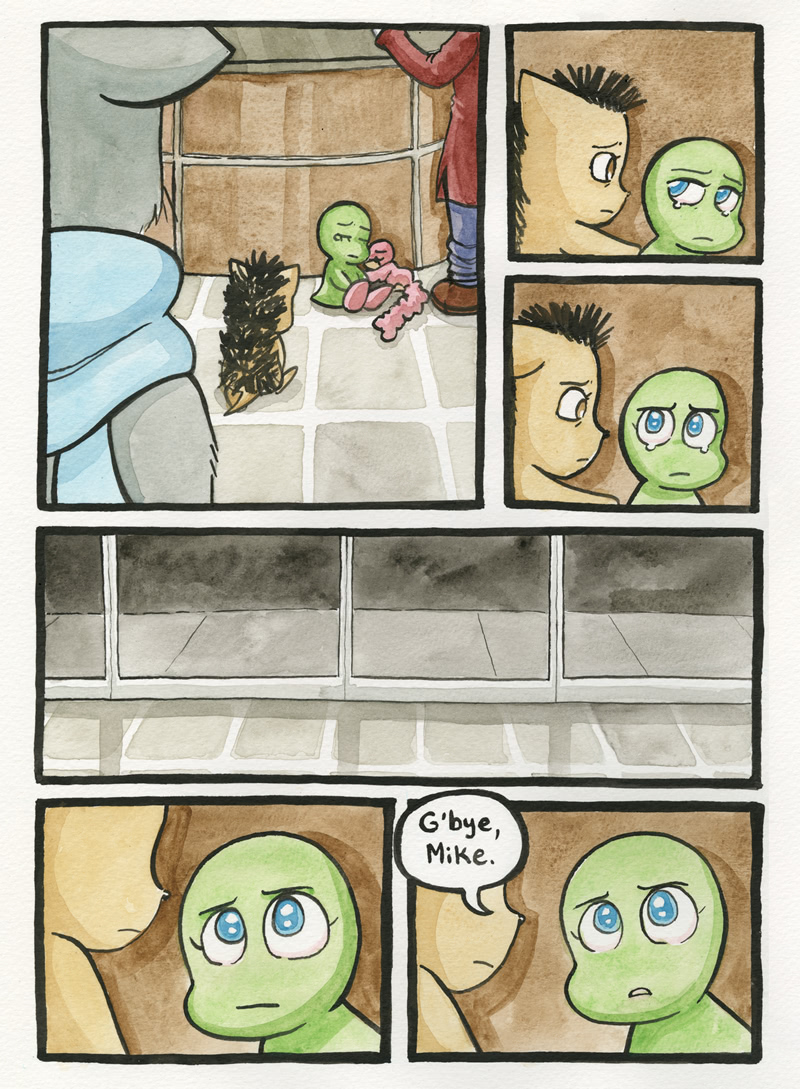 Not Dad or Flea, just Mike.

This just keeps getting worse and worse… Mike just leave the heartache is becoming too much :’(

Does anyone else think that Lucy might be in the hospital because she got sick or got attacked while walking home or SOMETHING other than self-harm? Maybe I’m too hopeful but its distressing to think that she attempted suicide.

Y’know, I didn’t use to like Yashy’s design that much at first. But Taeshi’s style has grown so much that now I really love it.
I also feel really, really uncomfortable by the fact that she referred to Mike by his name and not “Flea” and with such an expression. This is serious business.

I expect the next page is where Mike’s world falls apart and he realises what a huge mistake he just did, and that he was far too late to repair the damage made.
I’m not saying that everything’s Mike’s fault, but neither is it Lucy’s. They were both just as wrong in how they acted and treated each other, but Mike was simply too lovestruck to think straight and countered the problem at hand with the complete wrong action. He could have done this much smoother, but instead he didn’t think before he acted. And then he came crawling back at first because his girlfriend told him to, and then because he remembered his once feelings for Lucy. And by then, it was too late and had already gone too far.
I don’t blame Lucy for the way she has reacted, she’s not being “over-dramatic” the least. It’s one thing to know you’ve been wrong, but it’s another to be told you’re better off gone because “no one in the whole world likes you”. Mike even wished for her death, which resulted in a nose-slap from his girlfriend. When the person who told you to tell someone off think you went too far, it’s time to realise that perhaps you’re not better for acting the /same way/ as the “bad” person.
You can’t stop violence with more violence, you’ll only feed to a war.