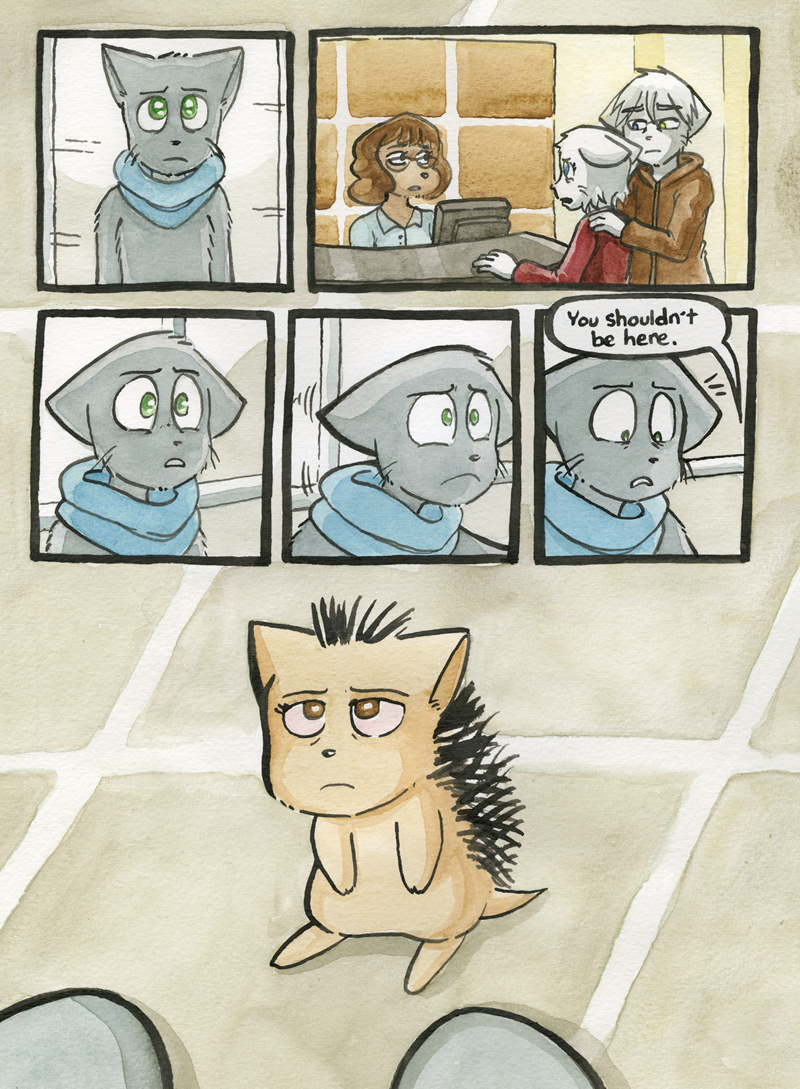 He even offered to make up with her and they both agreed that that was what they wanted. Maybe he shouldn’t be there, it’s time for family, but at least this shows that he cares, he was one of theist to leave her house, he waited for Jordan, he even confronted him and kept around while Jordan was trying to hit him. NO ONE would do that if they didn’t care about someone, they were pretty close friends and no one really looses that.

Either let him in to show Lucy that he is there and that he cares or at least get Lily or her mum/Sam to tell her that he was there, and that he cares, heck Mike, give them a message, a whole speech to tell her! You are there for her like you always were before. You saved her from getting beaten up, from falling to her death into a river, both times putting your own life at risk, that wouldn’t just leave him. He still cares and Lucy deserves to k ow that he does!

If Lucy seriously attempted suicide I’m going to be extremely disappointed. I mean, really? It just seems so overly dramatic for what happened. I liked that Lucy appeared to be growing up; that was good character development. I also think her attempting suicide doesn’t make much sense to her character; Lucy doesn’t seem like the suicidal type.

I mean, after her rejecting the musician offer ‘cause it would be “cliche” or whatever the reason was again, doesn’t it seem also extremely cliche that she’d try to kill herself just because Mike raged at her?

But then again, since I don’t know what happened between Lucy and her Family, as well as Lucy and Augustus, I can’t talk/judge too much.

I just hope Augustus didn’t say anything to Lucy that night that maybe gave her the idea to do something crazy. O.O Maybe his interference planted the idea in her mind. Poor Augustus! I know this is probably all wrong, which is good thing. I like Augustus.

Wait wait wait, now I have a theory. Or two.

So, Lucy’s room is all cleared out because they were gonna move. And Lucy knew it was her fault, (or at least blames herself) because she’s been mopey and depressed lately because of everything that has been happening. Her family of course, probably blames her friends. At least, Jordan does. Anyway, Lucy probably couldn’t stand the thought of losing everyone, especially after losing Mike. All the things she did at the play, talk to Mike, maybe kissed Paulo, complimented Sue, ect ect. Was her final goodbye perhaps? Then, that night, she tried to kill herself. Her family was gonna move the next day. They found her, and now she’s here.

Orrrr, some hospitals do have a Mental Health section. (At least mine does, seeing as I go there for therapy) Maybe that’s where she is? Doesn’t explain the empty room much, but it’s a possibility.

Oh, and I don’t think she’s dead. If she was dead her mom would probably be in worse shape. And Jordan would have said he lost his sister. And Lucy is a main character, and hopefully that means she won’t be leaving anytime soon.

Guess now all we do is wait for the answers.