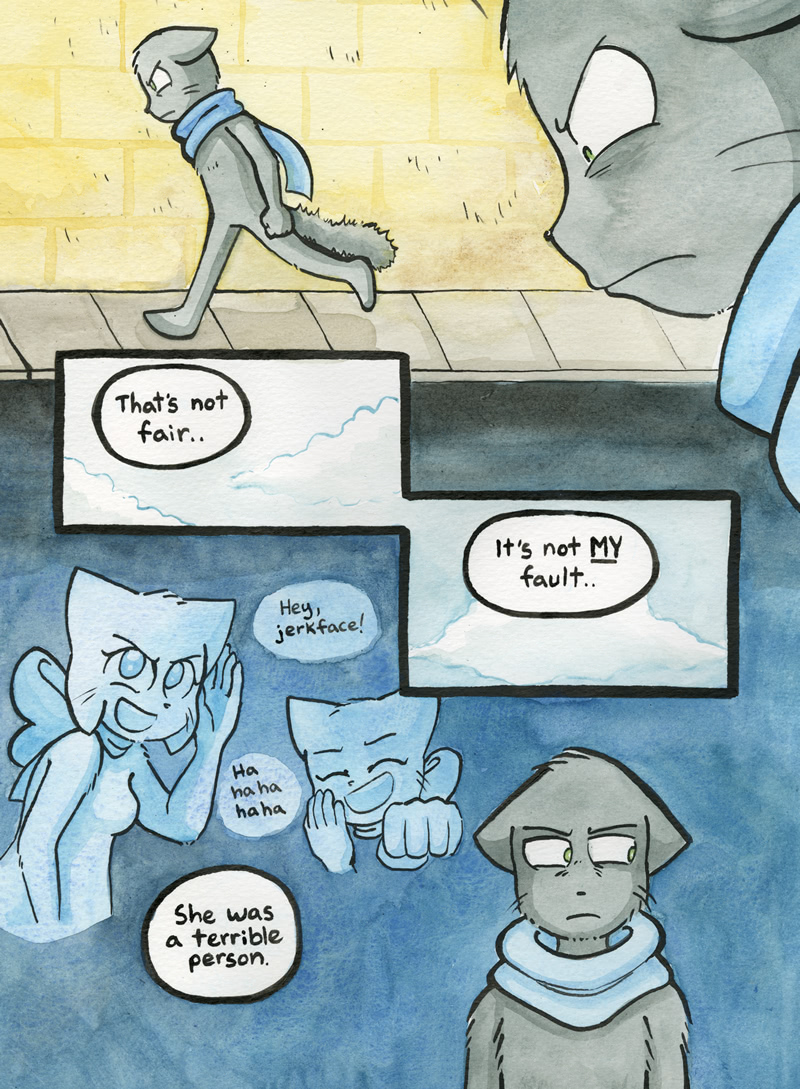 Veronica: How dare an animal the size of my foot guilt-trip me..

Oh good, reassure yourself. Smooth. I thought you got it.

Don’t blame him. he was genuinely concerned, and then everyone basically blames it on him. few people really considered how he felt about everything. though I assume he will be mad for a while and then start to feel guilty

Not that he was all good about it. but few actually considered how he felt and only said he was doing things wrong.

I’m not to blame

It is the gypsy girl
The witch who sent this flame

It’s not my fault

If in God’s plan

He made the devil so much
Stronger than a man