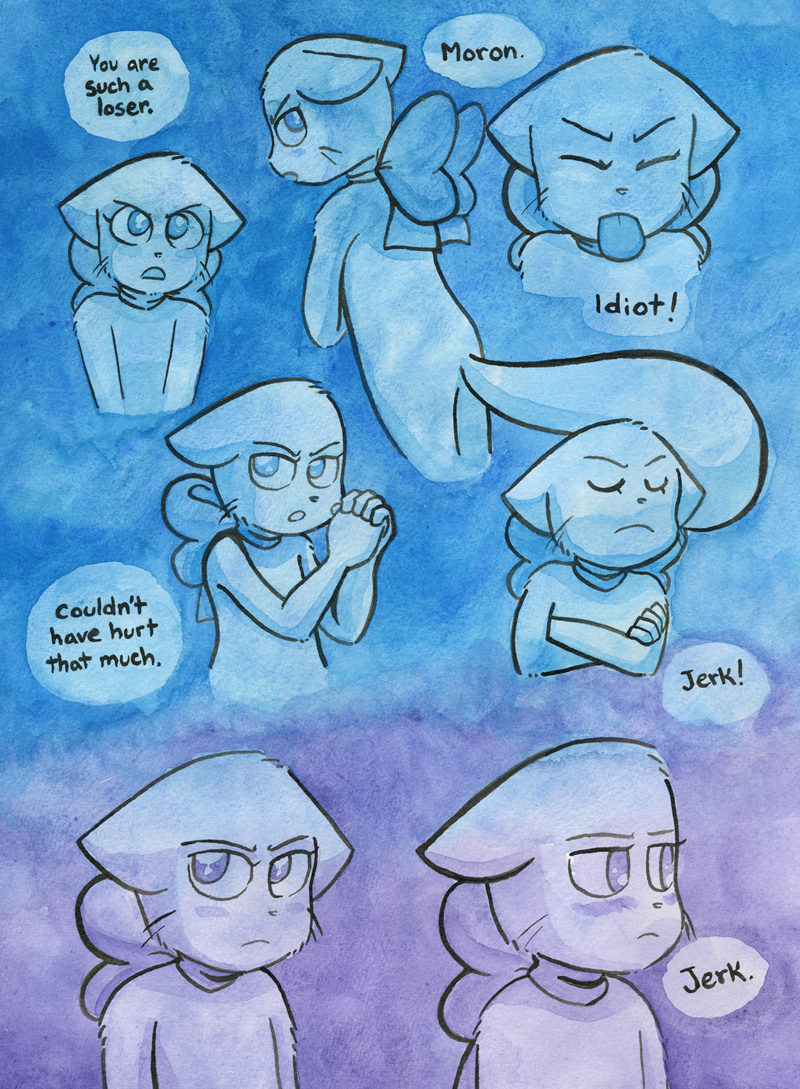 Well this is interesting…. His attitude appears to be changing towards her the more he thinks about it, seeing as Lucy is appearing less and less mean and is blushing towards the end. Maybe Mike’s finally going to realize that Lucy liked him all along, or at least did, back when these memories occurred.
On a slightly unrelated note, all of these Lucys appear to be a few years younger, as they lack her female sideburns.
Either way, Mike’s certainly getting his money’s worth from his little outburst. And the best part is, he knows it’s his fault, or he wouldn’t be trying so hard to convince himself otherwise. He knows that what he did was uncalled for, and that maybe he’s been looking at Lucy the wrong way this whole time. Eventually though, his friends are going to ask questions about what happened, it’s not like people just try to kill themselves for no reason, and when they do, Mike’s going to slip up and say something to the effect of it being all her fault anyways. And then everyone will know.

The blue at the top signifies memories that bring him sadness and pain. After years of being told you’re scum, it really wears on your self-esteem and it hurts. At the bottom, it starts getting a gentler purple color; perhaps he regards those with a certain level of affection?

So it seems Mike’s memories are traveling from the blue of bitterness to the purple of, bitter sweetness? Overall Mike has seemed to have a consistent problem with understanding people’s motives, as has happened with Daisy, Lucy, Abby, and likely a host of others. Perhaps as a generally honest and genuine guy he just doesn’t get why people do not act how they feel? In any case he is finally looking a little deeper at Lucy’s actions and hopefully will see where she is coming from. I like where this is going.